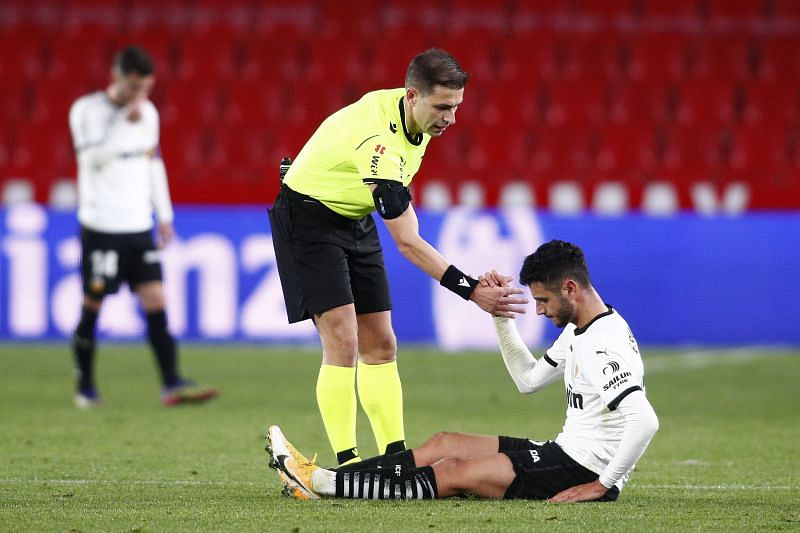 Valencia walked off the pitch as a protest over alleged racist abuse hurled at defender Mouctar Diakhaby by Cádiz’s Juan Cala during a La Liga clash on Sunday afternoon.

However, they came back again and completed the game without him after being told categorically they would have to forfeit the points if they failed to return.

The La Liga game was stalled after 29 minutes of play following discussions with the referee, Valencia’s captain José Luis Gayà leading the team off.

However, when it restarted again after 20 minutes, Diakhaby was seen watching the game from the stands as his teammates continued without him. Cala though continued to play and was substituted only at halftime.

Diakhaby and Cala breezed in for a challenge together and they clashed. However, even as the Valencia defender was heading back to his position, he suddenly turned and angrily went back towards Cala.

It was Gabriel Paulista and Kevin Gameiro tried to calm him down and pull him away. The cameras then caught Paulista saying: “You can’t say Negro de mierda,” which means Cala had said words meaning “shitty black”.

The moment flared up after that. There was a commotion in the middle.

Diakhaby apprised the referee of what had been said and Paulista and Gayà led the team off, the players gathering in the lower tier of the stand.

After that, the referee, David Medié Jiménez, spoke to Cala who said he had “not done anything.” Some conversations continued between footballers and staff, but Cádiz’s players too headed off – in their case down the tunnel.

A few minutes later, Valencia’s players came out to warm up sans Diakhaby. After a five-minute re-warm-up, the game started again. Spanish referees enjoy the right to stop games in the event of hearing racist abuse.