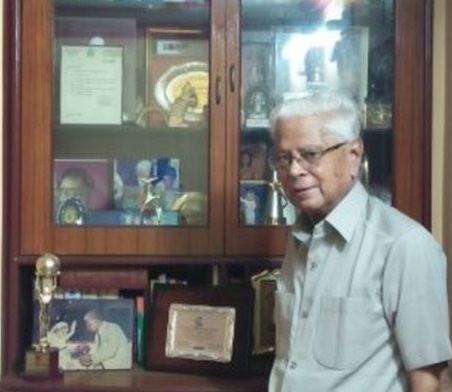 Mohun Bagan chairman and retired Justice Githanath Ganguly died on Tuesday due to a heart attack. This information is given by the club. 83 years old Ganguly, an eminent lawyer, suffered a leg injury in a road accident this month when his car was hit by another vehicle from behind.

After this, Ganguly was operated upon but he never recovered from it. Sources mentioned that, “He had chest pain in the morning and breathed his last while going to the hospital,” said the club official.

In November last year, Ganguly became the president of the club after a major victory by the Swapan Sadhan Bose-led faction.

Meanwhile, Pannalal Chatterjee, who attented 10 World Cup matches with his wife, died on Tuesday morning. He was 86 years old. Retired Clerk of Kolkata Port Trust Pannalal and his wife Chaitali began their love affair since Spain 1982 and visited all the World Cup matches held in Spain.

I-league tweeted, Indian Football will miss Pannalal Chatterjee, one of the most ardent football fans across India. Rest in peace,”