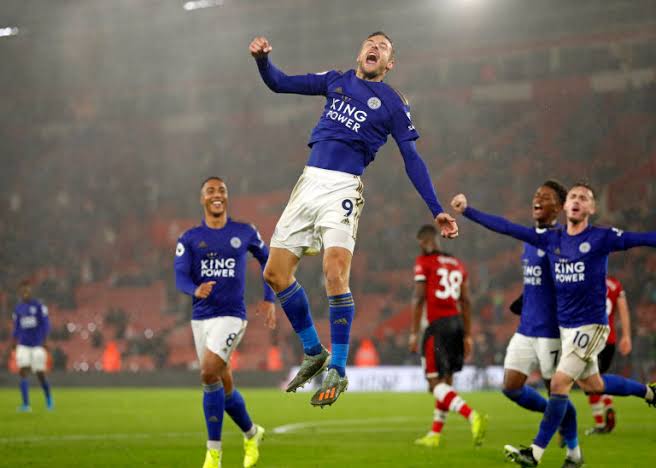 Leicester City took Southampton to the cleaners on Friday beating them 9-0 to make it to the Premier League record books. Leicester City registered and equaled the biggest victory in the history of the division. The earlier record belongs to Man United who’d beaten Ipswich 9-0 at Old Trafford in March 1995.

For Leicester, Ayoze Perez and Jamie Vardy both scored hat-tricks. Now, Leicester are trailing leaders Liverpool by just five points. Yet, they have another huge mountain to scale despite this huge margin victory. They can still be challenged by titleholder Manchester City who are likely to occupy the second spot if they beat Aston Villa on Saturday.

The demolition was started by Ben Chilwell at the 10th minute when he tapped in on the rebound and helped his club to open the goal-fest. Within 20 minutes Leicester City pumped three goals. Ayoze Perez became the man of the match.

Following are the goal scorers: