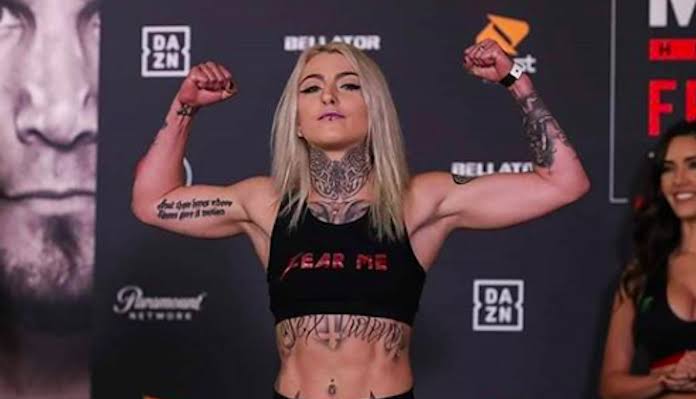 Adult film star Rebecca Bryggman, whose screen name is Orion Starr, was brutalized in her professional MMA debut. The actress had to suffer a first-round loss at Bellator 231 in her first match.

Elise Reed, who also made her professional debut, pinned Bryggman up against the cage in the opening round itself and unbridled a flurry of punches off both wings. Bryggman however tried to get her hands up but she was completely helpless to prevent the powerful blows from knocking her.

With 13 seconds left in the round the referee intervened and stopped the fight to save Bryggman from Reed’s quick blows.