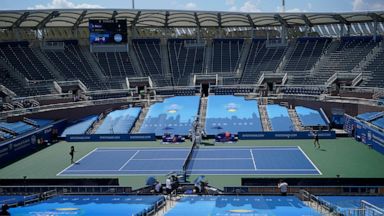 Several competitors at the US Open are annoyed as they have been moved into a “bubble within a bubble” after coming in contact with Frenchman Benoit Paire, who tested positive for COVID-19. Adrian Mannarino, Kristina Mladenovic, and Edouard Roger-Vasselinare the players who were asked to move into a more secure bubble.

US Open organizers removed Paire from the draw soon after the French tennis player confirmed testing positive for COVID-19 on his social media account.

These players, who came in contact with Paire, have been put on an enhanced safety protocol, rather than evicting them from the tournament. They are barred from using any normal facilities of other players during the event.

In the meanwhile, Mannarino had defeated Italy’s Lorenzo Sonego 6-1, 6-4, 2-6 6-3 on Monday. He said that he had been contacted by the ATP on Saturday night asking him to stay in his room as a player had tested positive for COVID-19. On Sunday evening, he was told he could compete but will have to follow a stricter protocol.

“I’m wondering at the moment if I might have the virus or not,” Mannarino told reporters. “I’ve been tested every day since we had the news and I’m going to be tested every day.”

He said the experience is driving him crazy and giving sleepless nights and leaving him mentally exhausted. Mannarino said that he was relieved to know that his close friend Paire was not experiencing any symptoms.

“We’re not 100 percent (sure) that (Paire) got the virus here but that’s a big probability because he’s been here for a while now, he’d tested negative many times,” he said.

Mladenovic also complained that she now “felt like she was stuck inside a “bubble within a bubble”. Those who had been in contact with Paire are being tested for COVID-19 every day rather than every four days.”

The US Open that started on Monday saw a few key players exiting on Day 1 as many top players also entered the next round. While teen sensation Coco lost in the first round, Djokovic, Serena advanced to the second round with ease.