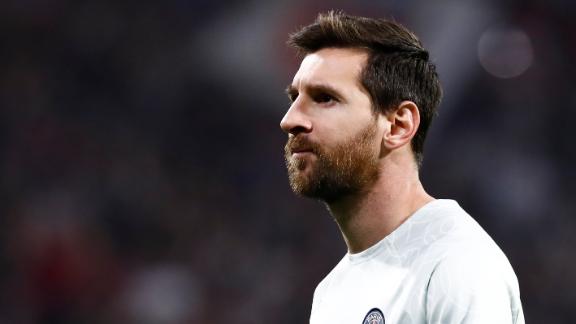 Attacker Lionel Messi of Paris Saint-Germain is reportedly planning to depart the French champions in the summer of 2023. In his first season at Parc des Princes, the seven-time Ballon d’Or winner, who averaged 15 assists per game while scoring 11 goals, struggled to reach his usual goalscoring levels.

Messi has thrived in the star-studded frontline in Paris with Kylian Mbappe and Neymar after Christophe Galtier took over for Mauricio Pochettino. The Argentine international has already racked up six goals and eight assists from 11 games this season, and PSG leads Marseille by two points in Ligue 1.

Messi’s poor first season at Parc des Princes gave rise to rumours that he might leave PSG after just one season, but he appears to be honouring his contract through the remainder of the current season.

Although there is a possibility to extend the former Barcelona player’s contract until 2024, Otherwise, in less than a year he might sign with another club as a free agent.

The 35-year- old’s return to Camp Nou is still being discussed, and according to Beteve via Miquel Blazquez, Messi is not ready to sign a new contract in Paris. The South American’s relationship with the Ligue 1 winners will thus come to an end at the end of the current campaign, however, it is unclear what will happen to his career after that.

If a return to Barcelona does not happen, the attacker, who has 45 appearances for PSG in all competitions, who has registered 17 goals and 23 assists, has been linked with a move to MLS.

The future of Lionel Messi looks uncertain at Paris Saint-Germain

However, it is rumoured that La Blaugrana are putting arrangements in place to facilitate a reunion with Messi, who is expected to wave Barcelona farewell in 2021 due to the club’s financial inability to maintain the Argentine.

Although a return to the playing squad hasn’t been ruled out, a recent report suggested that Barcelona was considering re-hiring Messi in a club ambassador job when he hangs up his boots.

Even though President Joan Laporta has mediated a number of agreements to get Barca out of its financial problems, Messi would still have to accept a drastic pay cut to re-join Xavi’s team.

When Mundo Deportivo recently inquired about the potential of re-signing Messi, Barcelona’s economic vice president Eduard Romeu stated that such a transfer might be possible next summer.

“As it would be on a free, so surely yes. [But] it would be a technical decision, anyways. There is salary margin, we made an effort this summer & if any signing is needed [January], we’ll analyse,”

After scoring 672 goals in 778 games for the La Liga giants, Messi left Barcelona in 2021 as the club’s all-time greatest goal scorer and appearance maker.