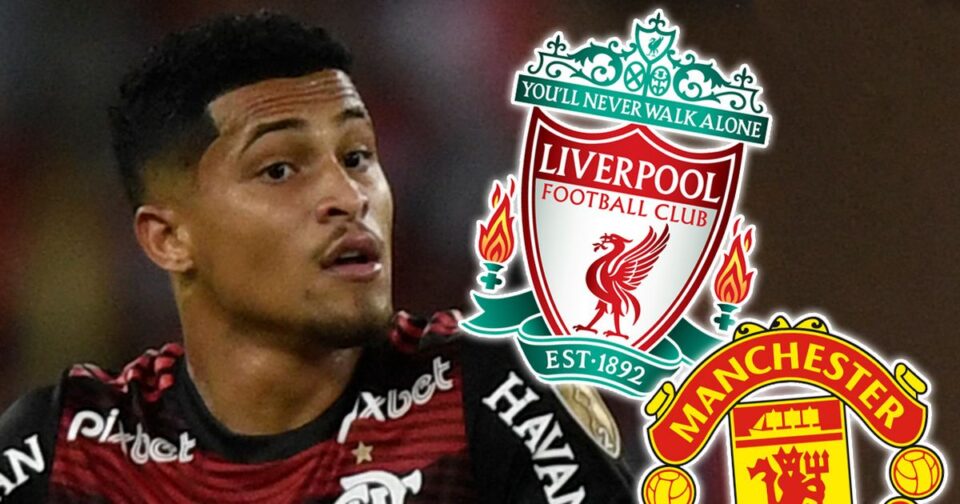 According to reports, Liverpool is debating whether to exercise the €60 million (£54.2 million) release clause in midfielder Joao Gomes’ contract with Flamengo. The 21-year-old has become a rising sensation in his native Brazil and earlier this year made it known that he wanted to play for Liverpool.

Responding to a question on an Instagram Live session, Gomes said:

Gomes poured gasoline to the fire regarding his future, therefore it was only inevitable that rumours about Liverpool signing the midfielder surfaced. Jurgen Klopp is anticipated to strengthen his engine room in 2023.

In the end, Gomes and Flamengo reached a new, long-term agreement that would last until December 2027. The new conditions apparently include a €60 million (£54.2 million) release clause.

Sport reports that the Reds are still committed to signing the former Brazil youth international and could exercise the clause as early as January. According to the article, Klopp wants his team to “throw the house out the window” to sign Gomes, but they will have to defeat Real Madrid to do so.

The fight to recruit Aurelien Tchouameni from Monaco in the summer transfer window was intensely contested by Liverpool and Real; Los Blancos ultimately prevailed.

The Merseyside giants might thus exact some form of retaliation on Carlo Ancelotti’s team by signing Gomes, but Flamengo are unwilling to initiate negotiations and will insist that the full release clause be paid.

Gomes to Liverpool next summer?

Despite believing that Gomes might potentially succeed Casemiro in the long run, Real Madrid is reportedly reluctant to activate the option given their £86 million investment in Tchouameni.

However, Flamengo vice president Marcos Braz recently asserted that his team had not yet received a proposal for Gomes, leaving room for Liverpool to make a move during the winter.

“It was said that there was some discomfort, a relationship problem. The relationship with Joao Gomes was always the best possible, speaking personally and as vice president of the football department,”

“He is the first to arrive, last to leave, committed player, he doesn’t leave the field with a beak… Nothing, absolutely nothing. There was no proposal for Joao Gomes, there was no consultation for him.”

“So, it is a lot of lies that have been propagated about Joao Gomes since the beginning of these renewal issues. But if you ask me if next year, in the middle of the year, I think there will be something, I’ll say: ‘I think’.

“Due to the size of the player, for what he has become, but today, there is nothing. We are very happy and I am absolutely sure that he is very happy with the board of Flamengo.”

“The certainty of a five-year contract protects Flamengo at the maximum, and then, yes, also build a good salary increase for a Flamengo holder. That’s what happened. Flamengo is very happy with Joao Gomes, Joao Gomes is very happy with Flamengo, and most importantly, he has his head focused on Brazil.”

Marcus Rashford ‘expected to be fit for Manchester derby