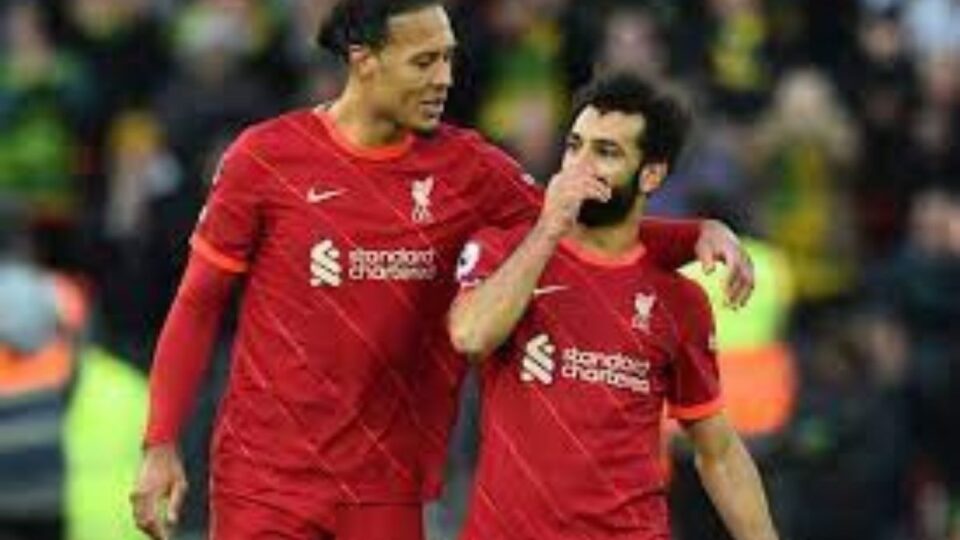 Mohamed Salah and Virgil van Dijk have both returned to training ahead of Liverpool’s final match of the Premier League this season on Sunday against Wolverhampton Wanderers.

Both players missed Liverpool’s 2-1 win against Southampton on Tuesday night due to groyne and knee ailments sustained in the FA Cup victory over Chelsea last weekend.

The news is encouraging for Jurgen Klopp’s side, who are one point behind Manchester City at the top of the Premier League table heading into the title decider weekend.

Meanwhile, Mohamed Salah is currently leading the race for the Premier League golden boot this season with 22 goals. While Son Heung-Min, who is just 1 goal away to equalizing the Egyptian will be looking forawad to score when Tottenham faces Norwich City on the final Matchday.

When asked about Salah’s battle with Spurs’ Son for the golden boot, the Reds boss Jurgen Klopp said

“I understand 100% the goal scoring battle with Son but [there’s] no chance that we take any risks. Mo doesn’t want to take any risks [either], there is no doubt about that.”

When asked about Salah and Van Dijk’s return to the training for the Reds, Klopp said

“My preferred solution would be that they all could play at the weekend for rhythm reasons, or at least could be on the bench and then we can bring them on or not.”

Thus, it could be easily interpreted that both these Liverpool stars will start but no the bench rather than on the field. As the German don’t want to risk anything against Real Madrid in the Champions League final.

Following Sunday’s vital match against Wolves, Liverpool will be hoping that both players are fit to face Real Madrid in the Champions League final on May 28.

IPL 2022: One last chance for DC to qualify for Playoffs against MI