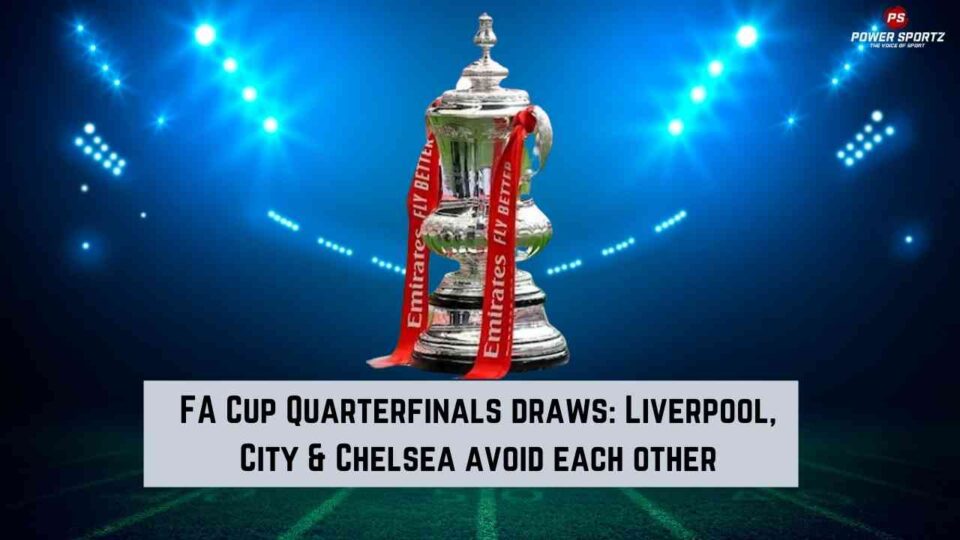 The FA Cup draws for the 6th round or so-called Quarterfinals are being announced. Going further, we have some interesting ties coming up with a guarantee of having 2 all Premier League matchup.

Starting with the Merseyside clubs, Everton turned out to be victorious in their 5th round against Boreham Wood yesterday to make it to the next round. The Toffees are being drawn against the Premier League side Crystal Palace in the 6th round.

At the moment, Frank Lampard’s side are currently fighting to stay away from the relegation zone as they sit at 17th in the Premier League table. Meanwhile, Patrick Vieira’s side are comfortably sitting at 11th spot but have played 3 more games than Everton.

Thus, it could turn out to be an interesting battle tp watch out for the neutrals.

Moving on, the recently crowned Carabao Cup champions, Liverpool will have to wait until Monday night as they will face the winner of the clash between Nottingham Forest Huddersfield Town to know their round of 6th opponents.

Meanwhile, the Champions, Manchester City will lock horns with another Premier League side Southampton. Interestingly, The Saints are one of those sides that the Sky Blues have found difficult to win against. When the two clubs met in the Premier League this season, both the fixtures resulted in a draw. Thus, it could be interesting to see if Pep’s side can get the job done when they meet again in the quarterfinals.

While the London club, Chelsea, who are currently in the news for the change of ownership will look forward to meeting Middlesbrough in the 6th round.

Fixture dates and times may change, subject to TV selections and replays.