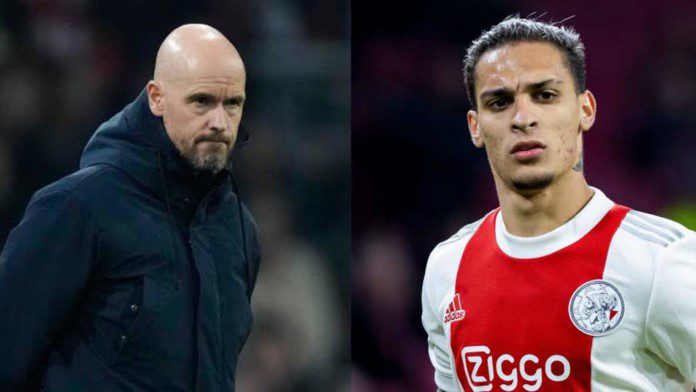 According to reports, Manchester United is willing to look at alternatives to Ajax winger Antony. The Brazilian international has been closely linked with a move to the Premier League heavyweights during the summer transfer season, with the hope that a deal would eventually be reached with their Dutch rivals.

Since Ajax has already sold a number of important players in recent months, head coach Alfred Schreuder has recently played down transfer rumours.

Erik ten Hag and United are now in a position where they must re-evaluate their list of potential targets since the Dutchman is eager to add at least one creative player.

3 options who Manchester Untied consider as replacements for Antony

With regard to Leao, AC Milan is reportedly trying all in their power to reach an agreement on a new, long-term contract with the Portuguese international. The one who just helped the team end an 11-year drought by winning another Serie A title. A release clause of €120 million (£100.77 million) can be triggered when the winger still has two years left on his deal. Thus, it likely beyond United’s valuation of the player.

Meanwhile, The Belgian international Carrasco, who has two years left on his contract with Atletico Madrid, is also available for a considerably lower fee than Leao.

This is true even though the 28-year-old wideman, who is capable of playing in a variety of places along the flank, contributed six goals and six assists from his 34 appearances in La Liga last season.

As for Neto, who missed the majority of the previous season due to a damaged kneecap, he is currently ready to fight for a spot in the Wolverhampton Wanderers starting lineup.

Thus, the Red Devils still have around a month to consider their options until the transfer window ends.

The Portuguese player returned for a total of 466 minutes of Premier League play, scoring one goal and assisting another. It is anticipated that he will start all games at Molineux in 2022–23.

Although Neto has a long-term deal, Wolves’ owners may still try to sell one of the team’s most treasured assets before the end of the transfer window. This would allow them to do something they haven’t been able to do by selling players like Ruben Neves, Morgan Gibbs-White, or Adama Traore.