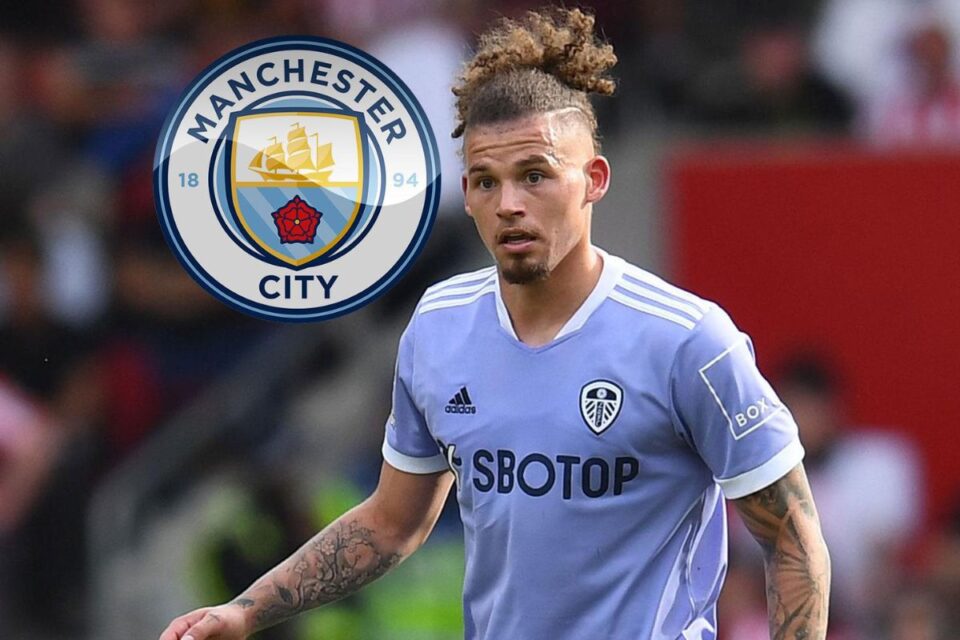 According to reports, Manchester City and Leeds United have reached an agreement for Kalvin Phillips to join the team this summer.

After bringing in attacking players, the Sky Blues are now looking to strengthen their midfield. The Champions of England have already bought in Erling Haaland and Julián Álvarez, who can be used in the final third. While Pep now looks to sign a backbone for to be present in the midfield.

With Bernardo Silva’s exit speculations going on and the former Man City captain Fernandinho already done with his Etihad legacy it is time for the Citizens bring in a holding midfielder.

Pep Guardiola has the England international as his top goal to replace Fernandinho, and the 26-year-old has been strongly linked with a move to the Etihad Stadium.

Phillips is believed to have told Leeds that he would prefer to join Man City this summer despite interest from a number of other Premier League clubs, including the likes of Manchester United, Liverpool, Aston Villa, and West Ham United, as well as French powerhouses Paris Saint-Germain.

The Premier League champions are expected to pay Phillips an initial cost of £42 million, which may increase to £45 million with add-ons, according to both The Athletic and the Daily Telegraph.

Both reports also state that 18-year-old Darko Gyabi, a graduate of Man City’s academy, will transfer to Elland Road in a separate $5 million transaction.

While Phillips is presently on vacation and is scheduled to come back to Leeds for pre-season training on July 4, progress in talks with the Citizens might result in the transfer being completed as soon as next week.

Since joining the academy in 2010, the Yorkshireman has spent the previous 12 years with his childhood team, appearing in 233 matches overall.

After Man City completes the acquisition of Phillips, Guardiola’s team will focus on Marc Cucurella, a left-back for Brighton & Hove Albion who the Seagulls estimate to be worth over £50 million.