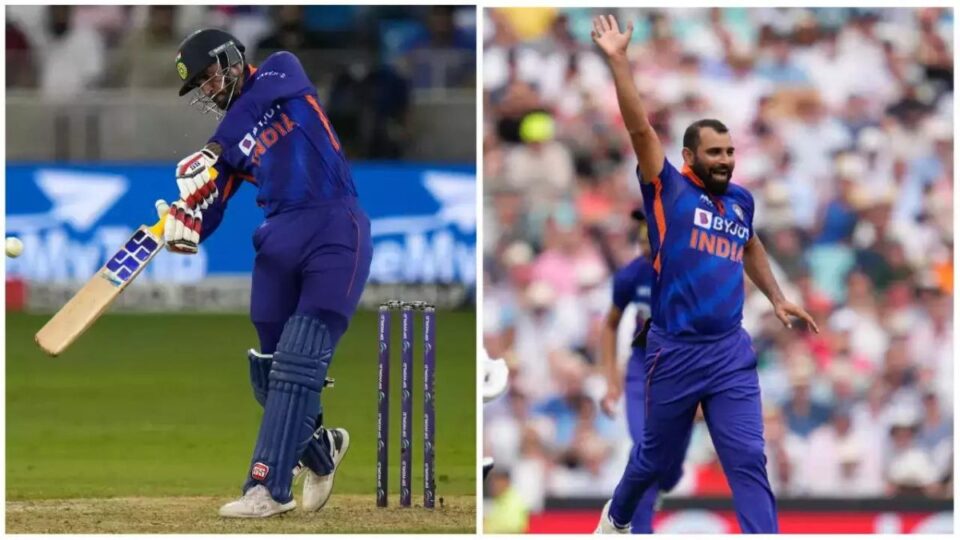 The arrival of Mohammed Shami back on the Indian T20 International team is expected to be postponed even more. The bowler has not entirely recovered from the Covid infection that prevented him from playing in the recently finished series against Australia

Shami might potentially be unable to play in the upcoming three-match T20I series against South Africa (September 28). Deepak Hooda, who is now out with a back injury and was unable to participate in the Sunday’s championship match in Hyderabad, could also be affected.

For the record, Shami did not travel to Thiruvananthapuram, where the Indian team arrived on Monday night and where the opening game will be played. Umesh Yadav, who was named as Shami’s replacement, has accompanied the squad on their trip, indicating that he will take part in the three-game South Africa series as well.

Meanwhile, since Sunday, the South African squad has been present in Kerala. It is thought that a decision has not yet been made on Shami’s ability to travel to Australia with the Indian team for the World Cup.

According to a source:

“There is no medical update about the time that will take for him to be fully fit but currently it does not look good,”

Shami is among four standbys for the World Cup. Since the last World Cup in the UAE, Shami has not participated in a T20I match. His most recent match was an away ODI against England in July.

The Board of Control for Cricket in India (BCCI) has said that Hooda is not eligible for selection for the third T20I match against Australia in Hyderabad on Sunday due to a back injury.

According to the BCCI announcement from Sunday:

“Deepak Hooda wasn’t available for selection for this game owing to a back injury.”

It has since come to light that Hooda’s ailment may require attention from the National Cricket Academy’s medical team. Additionally, he hasn’t made it to Thiruvananthapuram, and Shreyas Iyer, who was listed as a standby for the series, might take Hooda’s position.

However, it is currently unknown whether the World Cup roster will change. At this point, it appears that everyone who was chosen will be able to travel. After the South Africa series concludes in Indore on October 4, the Indian squad will depart for Australia on October 6.

India’s first game is on October 23, not the opening day of the World Cup.