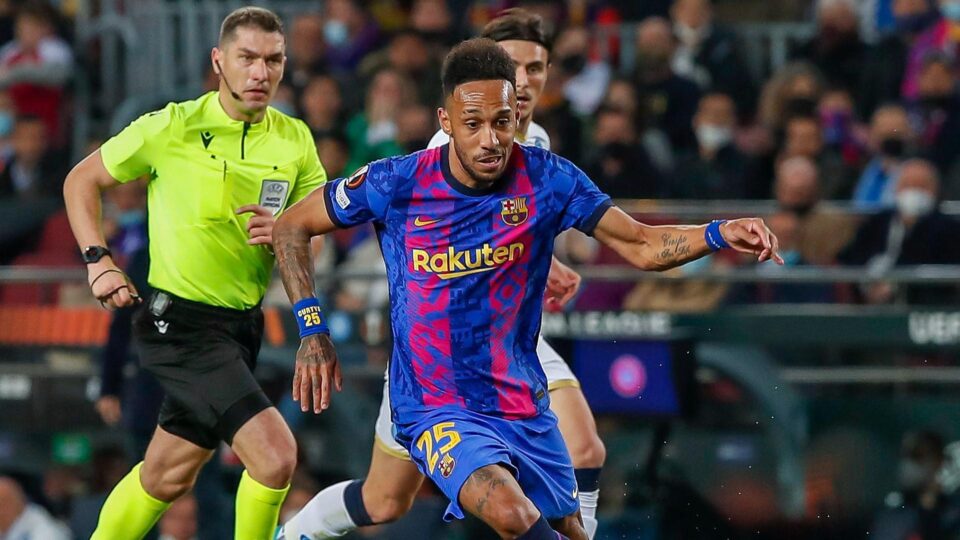 According to reports, Manchester United is prepared to join the competition to sign Pierre-Emerick Aubameyang from Barcelona.

Aubameyang has dropped down the Camp Nou hierarchy since Robert Lewandowski’s arrival, and the Gabonese international hasn’t started either of Barcelona’s two league games this season. Although a recent report stated that the two clubs have not yet reached an agreement, Chelsea seems to be first in line to sign the forward.

However, United, who are interested in signing the 33-year-old, may present competition for the Blues, claims football journalist Nathan Gissing.

Meanwhile, the Old Trafford side have a mixed start to their campaign so far. United may have won their previous game against their arch-rivals Liverpool but they were thumped by Brighton and Brentford in the initial two weeks.

Moreover, their star man and former Real Madrid forward has n continuously been linked with a move away from Old Trafford. Thus, Ten Hag has already started exploring the options for the forwards. And now it looks like the Red Devils have found former Premier League striker to replace their Mr. no. 7.

United can hire Aubameyang if Ronaldo moves out this summer

Before the transfer window shuts, the Red Devils want to improve their attacking options, and they have identified Aubameyang as a possible target.

There may be an opportunity for United to arrange a transfer with Barcelona and Chelsea given their disagreement over whether Marcos Alonso should be included in a deal for Aubameyang.

The striker, a former Arsenal player, has three years remaining on his contract and has scored 13 goals in 24 games for Barcelona.

It will be interesting to see who wins the race for the former Gabonese international. At one hand, the Blues are looking for a replacement of their two forwards Timo Werner and Romelu Lukaku. While the Red Devils are planning to opt for in a forward in case their star man Cristiano Ronaldo leaves.