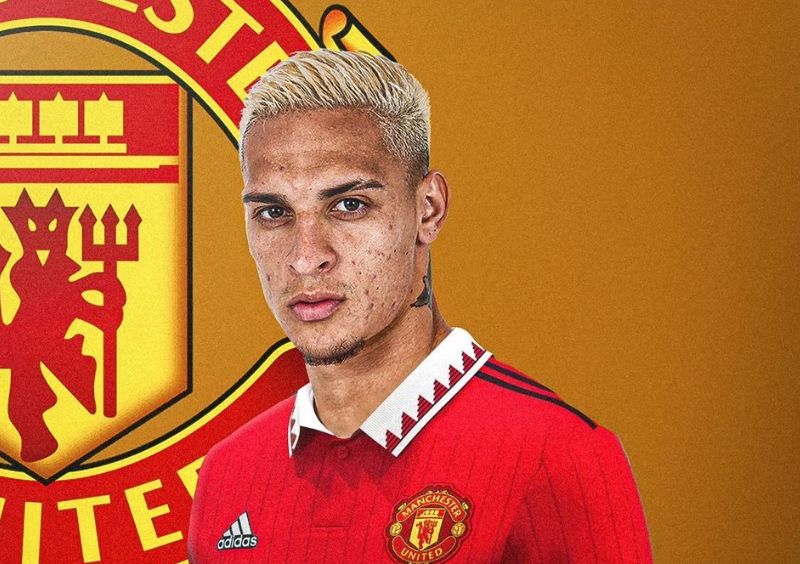 According to reports, Antony has arrived in England, the Brazilian international is scheduled to have his medical at Manchester United today.

The 22-year-old made it known that he wanted to leave the Eredivisie winners at the end of last week, and the Red Devils are thought to have reached an agreement with Ajax over a €100 million (£85 million) transfer for the player.

“Since February of this year, my agents came to Amsterdam to inform Ajax of my desire to leave the club to face new challenge and that some interested clubs would arrive and with them, certainly a great offer,”

“In June of this year, I interrupted my vacation and came personally to inform the managers of Ajax, including new coach, about my wish to leave and that they should consider this possibility, because it was a project for two seasons.”

“During the window months, meetings continued and I also received a proposal from Ajax for contract renewal. I made it clear once again: I want to leave.”

“Today, in a meeting with the club, I expressed my old interest in leaving, only this time with a considerable offer on the table. Others had already arrived! Ajax refused with argument that they only have five days to replace me.”

Antony could play in the next Manchester United fixture

After Ajax rejected a deal from Man United that was in the neighbourhood of £76 million, Antony spoke up. However, the 20-time English champions were not ready to let up and came back with a stronger offer.

The Brazilian is anticipated to sign a five-year contract with Old Trafford, with the possibility of an additional year. He might make his debut on Thursday or Sunday, against either Leicester City or Arsenal. Romano reports that Antony has now arrived in England and will have his physical with Erik ten Hag’s team on Monday night.

The South American started the 2022–23 season off for Ajax in fine style, with two goals and two assists in three appearances, including one goal and two assists in two league games. However, due to transfer rumours, he missed their last two matches against Sparta Rotterdam and FC Utrecht.

After joining Ajax from Sao Paulo in July 2020, the attacker will rejoin his old boss Ten Hag and leave with a record of 24 goals and 22 assists in 82 appearances.

Additionally, Martin Dubravka, a goalkeeper from Newcastle United, is rumoured to be close to joining, with the transfer to Old Trafford likely to be on a temporary loan basis.

Frenkie de Jong has been linked to Man United for the whole of the summer, but the Dutch international now appears poised to remain at Barcelona, possibly on a lower wage.

The 20-time English champions have won their previous two games against Liverpool and Southampton after losing their first two Premier League games of the season against Brentford and Brighton & Hove Albion.