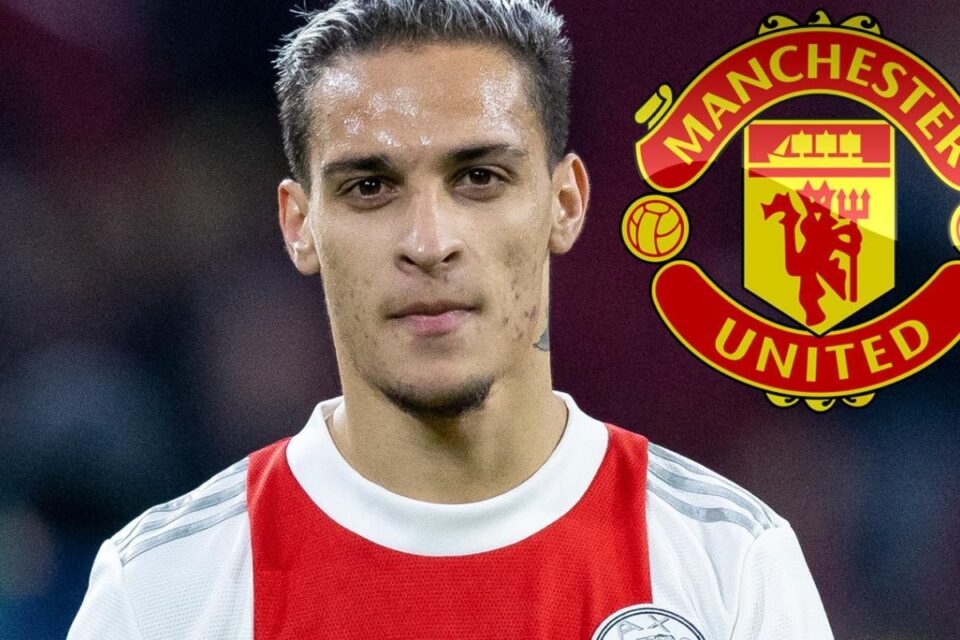 According to a source, Manchester United has begun conversations with the representatives of Ajax winger Antony ahead of a possible summer transfer.

The Red Devils are looking forward to starting afresh under their boss Erik ten Hag. With an aim of upgrading their squad, Man United have now started exploring attacking options available in the transfer market. Moreover, the Old Trafford club have already lost the race to sign Darwin Nunez, who has his terms agreed with the Red Devils’ rivals, Liverpool.

United in advance talk with the representative of Antony

The Brazilian has enjoyed an impressive two years under new United boss Erik ten Hag in the Netherlands. Since making a move to Ajax for £14 million from Sao Paulo in July 2020, Antony has scored 22 goals and registered 16 assists for the club.

Prior to taking over at Old Trafford, Ten Hag has been linked with moves for some of his old Ajax players. One of the names that often comes up is of Ajax’s centre defender Jurrien Timber.

Now, the 52-year-old is reported to be interested in bringing Antony to the Premier League in the coming weeks, according to Goal. With the player’s representatives having already gone to Europe to discuss the possibility, United looks to complete the deal quickly.

According to the source, the player is keen on joining the Red Devils, although Ajax values him at roughly €60 million (£51 million). Thus, which does not appear to be a stumbling block at the moment and a deal could be announced soon.

Antony might be the first signing of the Ten Hag era at United and it could be a crucial one too. The sources are suggesting that his representatives have sped up the process and a decision could be made in a matter of days.

United and Ajax have developed strong ties over the years as a result of numerous transfer deals. As United veteran, Edwin van der Sar serving as a prominent figure at the Amsterdam club can be termed as an instance.