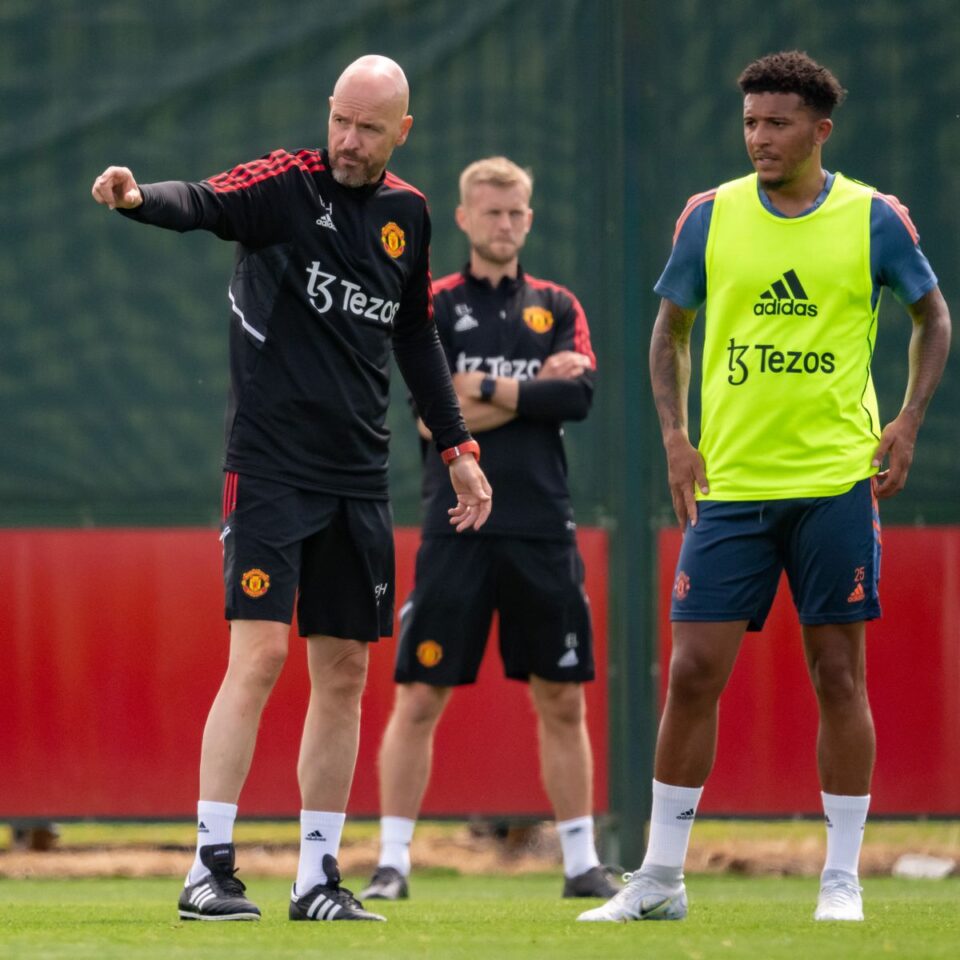 Jadon Sancho may be permitted to leave Manchester United on loan during the January transfer window, according to reports. Sancho cost around €85 million, therefore United’s victory in the race to sign him in 2021 was seen as a huge coup for the team.

Sancho was one of the most anticipated prospects in the world, but he has not yet been able to match the performance he was known for at Borussia Dortmund.

The England international made just five goals and three assists in 38 appearances across all competitions during his first season at Old Trafford. It was believed that the 22-year-old would settle under Erik ten Hag, who joined Old Trafford earlier this year, given the managerial change mid-season.

Sancho has made 10 Premier League starts, which is a sign of confidence from his new manager, but he hasn’t really put up any stats that stand out. In 723 minutes of top-flight football, two goals and one assist have been recorded, and it seems the return may result in a brief departure from the club.

Sancho on his way out on loan?

TEAMtalk claims that Sancho might be let to join a different team in an effort to rebuild his confidence. Sancho may benefit from some time away from the Theatre of Dreams, despite the fact that United are already one player down in the final third as a result of Cristiano Ronaldo’s departure.

The possibility of Cody Gakpo’s arrival, according to reporter Graeme Bailey who spoke with the site, may have an impact on United’s decision about Sancho. The Netherlands international, who recently shone for Oranje during their World Cup campaign, has been strongly linked with another approach from the Red Devils.

Gakpo has already stated that he would be open to heading to United, and Marcel Brands, the director of football at PSV Eindhoven, has stated that the club may consider selling their most valuable player at the beginning of the new year.

In an effort to succeed Ronaldo, Ten Hag has also declared that he is looking for a new forward.