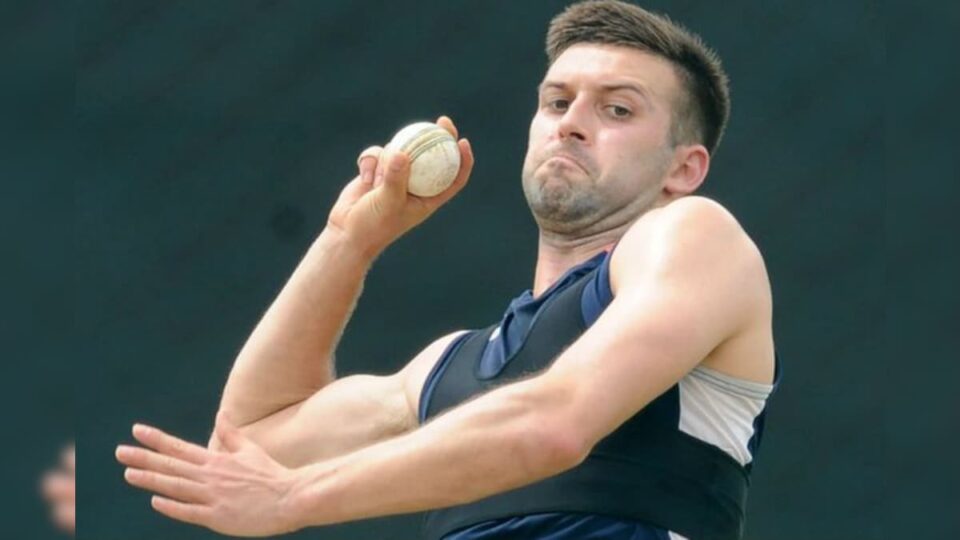 The England pacer Mark Wood will no longer be a part of the 15th edition of IPL due to injury on his right elbow. Thus, the new franchise Lucknow will have to search for a replacement to fill the vacant spot.

During the Test series between England and West Indies, the 32- year-old got himself injured and as a result of which he has been ruled out of the upcoming tournament.

Wood, who had been slated to play for the Lucknow Super Giants, is expected to take an indefinite sabbatical to analyse and plan his recuperation. For the third Test, which begins on March 24, England has yet to name a replacement.

Meanwhile, Lucknow purchased wood for a staggering INR 7.5 crore at an auction earlier this year. However, now they will be looking forward for a replacement.

Lucknow are in the midst of finding a replacement for the bowler, with Wood’s absence from the IPL becoming increasingly certain. They already have Dushmanta Chameera of Sri Lanka as their other overseas fast bowling option, as well as Jason Holder, a fast bowling all-rounder.

Let’s have a look at the options who can act as a substitute for Mark Wood:

The starting price for the Australian pacer was INR one crore. He has 40 wickets from 27 matches and won the Purple Cap in the 2018 edition after taking 24 wickets from 14 matches at an average of 18.66 and an economy rate of 8. In the Big Bash League (BBL) 2021/22 season, the Australian death overs specialist was also the third-highest wicket-taker. Thus, he could turn out to be an ideal replacement.

Seales had registered for the IPL 2022 big auction with a starting price of INR 50 lakh, but luck was not on his side that day. With numbers of 5/55 against Pakistan in August 2021, the West Indies speedster broke onto the limelight at the highest level, becoming the youngest player in his country to register a fifer in Tests. The towering pacer has now taken 20 wickets at an average of 23.85 in only five Tests.

Muzarabani was offered for sale at a basic price of INR 50 lakh during the two-day mega auction, but no one was interested. The Zimbabwean cricketer was one of the most effective bowlers in the Pakistan Super League (PSL) 2022. Taking five wickets for the Multan Sultans in four matches, averaging 25. 80 and an economy rate of 8. 06, with the best statistics of 3/18. Nonetheless, the tall fast-medium pacer has prior experience, having played a key role in Multan’s PSL victory in 2021, taking 10 wickets in six matches.

Now LSG still have time to decide upon the Mark’s substitute before ftheyinally kick-off their campaign again on 28th March.