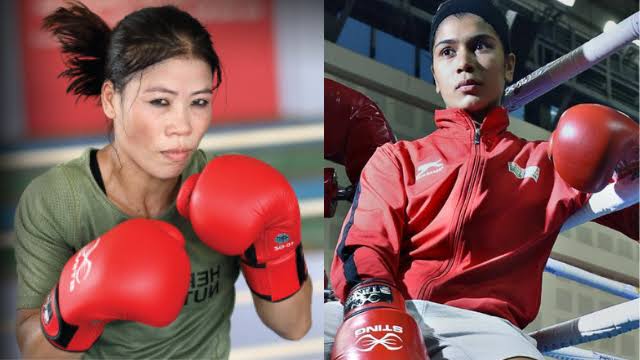 The selection trial between Mary Kom and Nikhat Zareen is finally here, which will be preferably held in December. It will decide who among these two boxers will represent India at the Tokyo Olympics qualifiers in the 51kg category.

The news has come from sources in the BFI and SAI. It has been communicated to the BFI president Ajay Singh. Both the boxers will also be notified soon.

Even since Mary Kom was declared as the unanimous choice to go into the qualifications, Nikhat Zareen had been objecting to this, demanding a trial fight against Kom.

Earlier, Mary Kom criticized Nikhat Zareen for bringing the matter to Sports Minister Kiren Rijiju. “Who is she, I don’t know her,” said Kom. “What’s her standing (in front of me).”