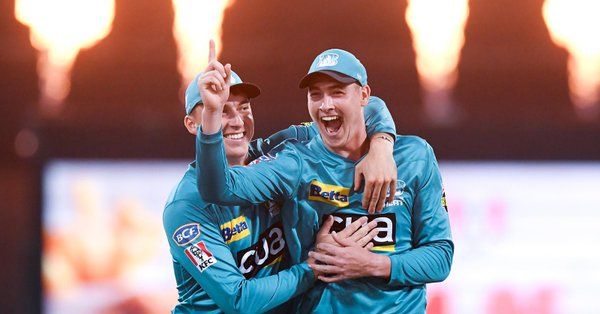 In the 29th match of the Big Bash League (BBL) being played in Australia, Matthew Wade was dismissed due to an amazing catch. A catch taken by Tom Banton on the boundary line through a strong effort by Matt Renshaw was called a controversial catch, but according to the cricket rule book whether the umpire’s decision to give the batsman out was correct or not.

During the first inning, Matthew Wade was playing a 61-run Atishi innings from 46 balls. During this time he fired an aerial shot at Long On which went straight to Rainshaw. Rainshaw lost his balance while catching the catch, and he bounced the ball into the air and went outside the boundary. But the ball did not come in and Rainshaw once again bounced in the air outside the boundary and the ball was thrown inside and Tom Benton caught the catch inside the boundary.

In fact, the Marylebone Cricket Club (MCC), the rule-making body for the International Cricket Council (ICC), has given its official statement on Matthew Wade’s catch and also praised the catch. Cricket Club tweeted “Under Law 19.5, the catch is deemed lawful. The key moment is when he first touches the ball, which is inside the boundary. He’s airborne for his second contact.”

Cricket.com.au tweeted the video footage of the controversial catch.

Matthew Wade has to go after this spectacular effort from Matt Renshaw that will lead to plenty of debate about the Laws of Cricket! #BBL09 pic.twitter.com/wGEN8BtF5u