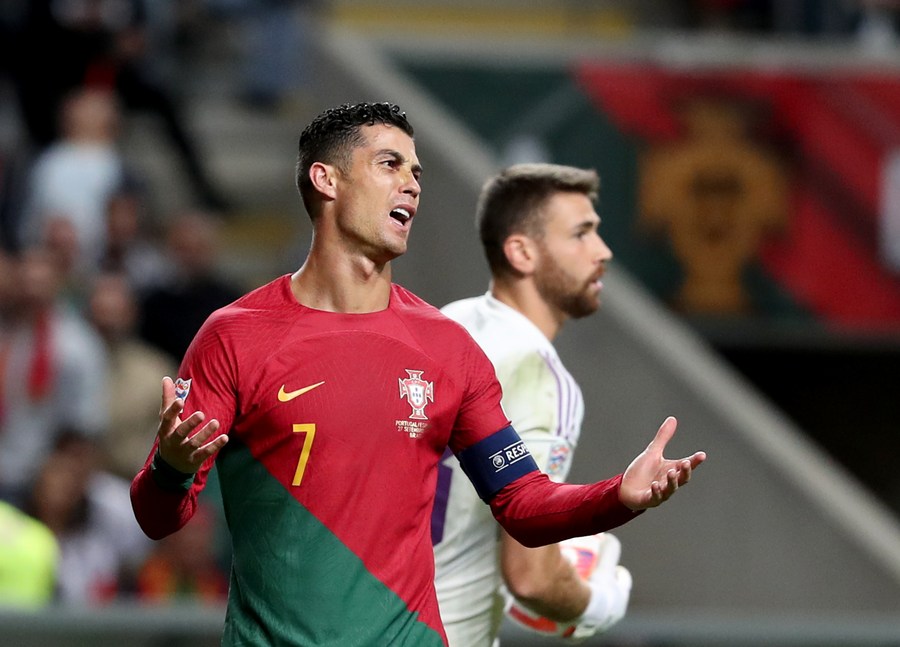 Alvaro Morata’s thrilling 88th-minute goal gave Spain a 1-0 victory against Portugal in Braga this evening, advancing them to the UEFA Nations League semi-finals. After losing to Switzerland at home by a score of 2-1 the previous time out, Luis Enrique’s team knew that only a victory would be sufficient to overtake Portugal at the top of League A Group 2.

Despite having about 70% of the ball for the whole 90 minutes, Spain was unable to get past Portugal’s defence until Morata scored only two minutes before the end of regulation. La Roja, who lost to France in the 2020–21 Nations League final, will play in the semi-finals in June together with Croatia, the Netherlands, and Italy.

Prior to tonight’s match, Spain had scored in all 19 of their previous international contests, but they struggled to produce any clear-cut chances in the early going and failed to record a single shot on target in the first half.

In order to give his Spain team some much-needed vitality, nrique opted to substitute three adolescents at the hour mark in the form of Pedri, Gavi, and Yeremi Pino. He realised that his team would need to take more chances if they were to defeat a strong Portuguese team.

In the 88th minute, Williams nodded the ball to Morata, who blasted a shot beyond Diogo Costa from close range to send the Spanish bench into a frenzy. All three players, along with fellow replacement Nico Williams, contributed after coming off the bench as Spain battled hard for the victory.

This evening’s other League A Group 2 match saw Switzerland defeat the Czech Republic 2-1 at home to finish third and avoid relegation at the expense of the visitors.

Midway through the first half, Remo Freuler and Breel Embolo each scored within a minute of one another before the Czechs responded through Patrik Schick just before halftime.