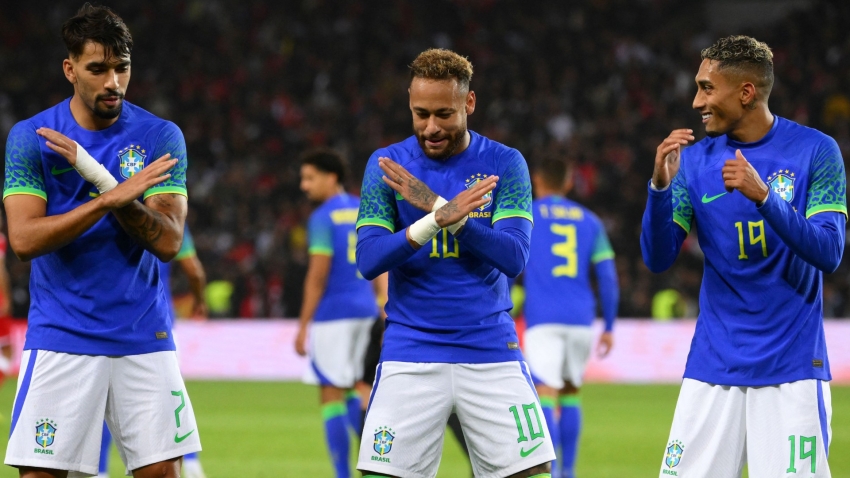 Neymar scored in his team’s 5-1 friendly victory over Tunisia this evening, bringing him to within two goals of Pele’s all-time Brazilian goalscoring record for his country.

The five-time world winners dominated the first half of their final exhibition match before the World Cup, leading 4-1 at the interval with to goals from Richarlison, Neymar, and two goals from Barcelona’s Raphinha.

Even after Montassar Taibi’s momentary equaliser for Tunisia in Paris, they were still well in second place when Dylann Bronn was dismissed just before halftime. In the second half, Tite, the manager of Brazil, showed off the depth of his squad by bringing on players like Vinicius Junior, Rodrygo, Antony, and Pedro, who added the winning goal 16 minutes from time.

The list of players who weren’t needed, including Ederson, Fabinho, Eder Militao, Bremer, and Roberto Firmino, was as stunning. Brazil has already won seven straight games and are 14 games unbeaten going into the World Cup, where they will attempt to end a 20-year title drought.

In their final encounter before taking on Denmark in their World Cup Group D opening on November 22, Tunisia’s three-match winning streak and seven-game unbeaten record come to an end.

While Raphinha stole the show by scoring twice and providing an assist in the opening period, Neymar may get all the attention as he moves closer to unseating three-time World Cup champion Pele as the all-time highest scorer for his nation.

Pele’s record of 77 goals has stood for more than 51 years, but it appears as though it may be in jeopardy during the World Cup in Qatar since Neymar and Lionel Messi are the only South American players who have scored 75 goals for their countries.

Within a minute of Taibi reversing Raphinha’s opening goal, Richarlison had restored Brazil’s advantage. Number 75 came from the penalty spot.

In front of the World Cup, where the Selecao will play Serbia, Switzerland, and Cameroon in Group G, Brazil’s victory serves as another cautionary tale.