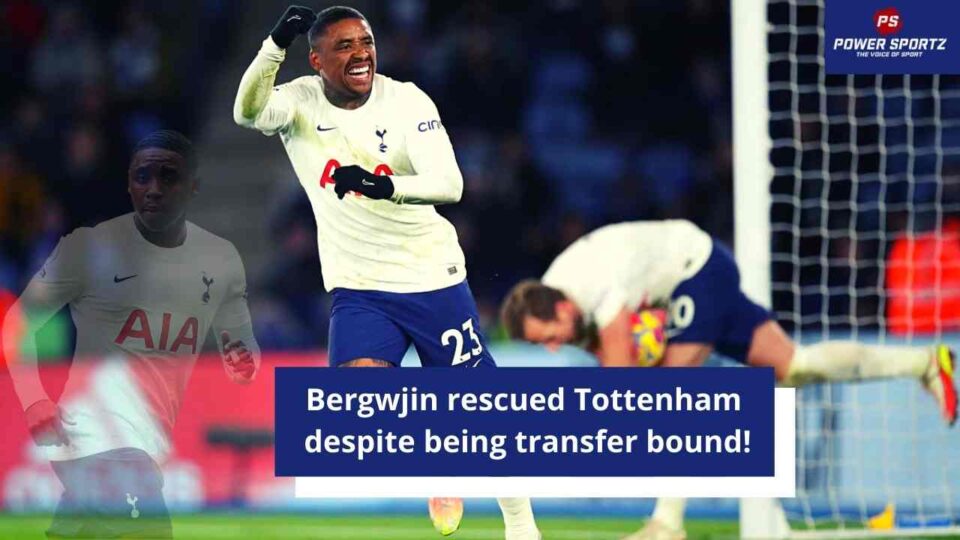 Bergwjin is on the verge of leaving Tottenham in this winter transfer window; this is because he feels he will secure a more steady flow of minutes away from Spurs. Despite having a contract that keeps him in London until 2025; Ajax is expected to sign the superstar in another few weeks. As of now, they have had an offer of 15 million euros rejected by Spurs; as the English side has indicated that an offer of around 25 million euros is expected to seal the deal. Furthermore, other teams such as Aston Villa and Newcastle United are also expected to make offers to sign the Bergwjin.

The playmaker managed to score 2 goals in a space of 11 minutes to help make his time win the match by 3-2; Leicester City will be extremely shocked by this performance as they were winning the match by 2-1 leading into the added time of the game. However, the Dutch superstar secured a win for his side against the run of play! Following this match Spurs; fans took to social media to urge their club to keep the superstar at North London rather than selling the player. Do you think Spurs will try and persuade Bergwjin to stay in North London!

The win against Leicester has improved Tottenham’s position in the league; Spurs are coming 5th in the league 1 point clear of their arch rivals Arsenal and 1 point behind London rivals West Ham. Furthermore Manchester United is trailing behind the Gunners as they are level on points! However, it is expected that the main battle will be between the North London pair of Arsenal and Spurs.

Who do you think will finish in the top 4 spots in the Premier League this season?