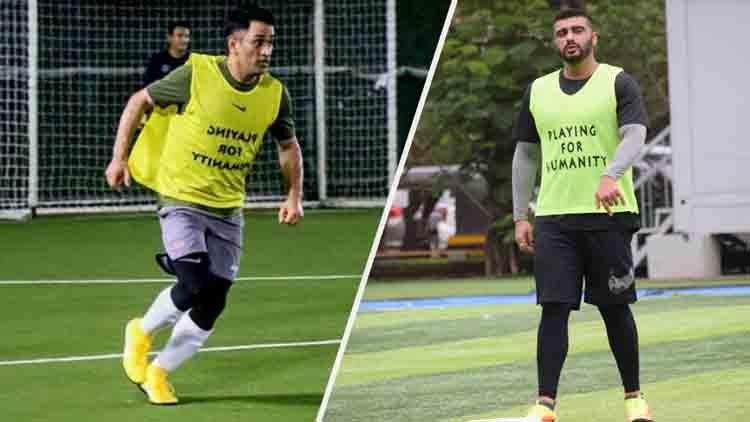 Former India captain MS Dhoni seems to have a great time off the field, as recently he was spotted playing football with Bollywood actor Arjun Kapoor in Mumbai.

Currently, Dhoni is away from cricket. The 38-year-old cricketer took a sabbatical after the World Cup earlier this year. In August, he requested for a break of two-month from the BCCI and went on to do a 15-day stint with the Indian army. The cricketer however was expected to return in the recently concluded T20I series against South Africa, but he was allegedly not named in the squad.

According to recent reports, the cricketer will also miss the upcoming T20I series against Bangladesh next month, and will probably be up for selection from December onwards. And that’s the reason we suppose Dhoni is seen enjoying football with the Bollywood actor Arjun Kapoor.

Dhoni, who co-owns Chennaiyin FC in the Indian Super League (ISL) is known for being an avid follower of the sport.