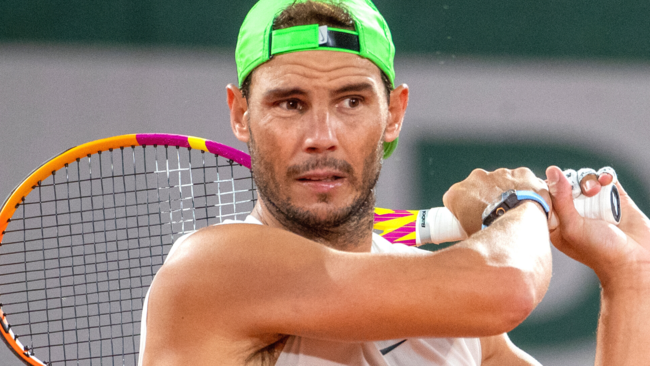 Rafael Nadal stormed into the third round of the French Open with a straight-sets win over Mackenzie McDonald on Wednesday.

World No 2 Nadal did not face a breakpoint on his serve sending his record at the Roland Garros to 95 victories and just two defeats.

The Spaniard, never bothered by his opponent, is eying to equal Roger Federer’s men’s record of 20 singles Grand Slam titles.

34-year-old Nadal seemed content with his play, showing aggressiveness and used his forehand to devastating effect.

“My objective is to play as well as I can. It was a good match for me today. I’m very happy,” Nadal said after his victory.

“There’s not one tip as to how to be a champion, there are a couple of things that you have to do well.  First of all, you must have a passion for what you are doing. If you don’t feel the sport and have a passion for tennis, then it’s almost impossible.”

“You have to be around the right people and find the people who are going to help you positively every day.”

On the other hand, US Open champion Dominic Thiem survived a third-set shaky match and had to save three set points to beat American Jack Sock 6-1 6-3 7-6 (8-6).

With this win, Thiem moves into the third round for a fifth successive year after he won the last five points of the match after trailing 3-6 in the tie-break.

“I feel pretty good. Not perfectly perfect. I guess that’s normal. I think the main thing is that I fight 100 percent,” he said.