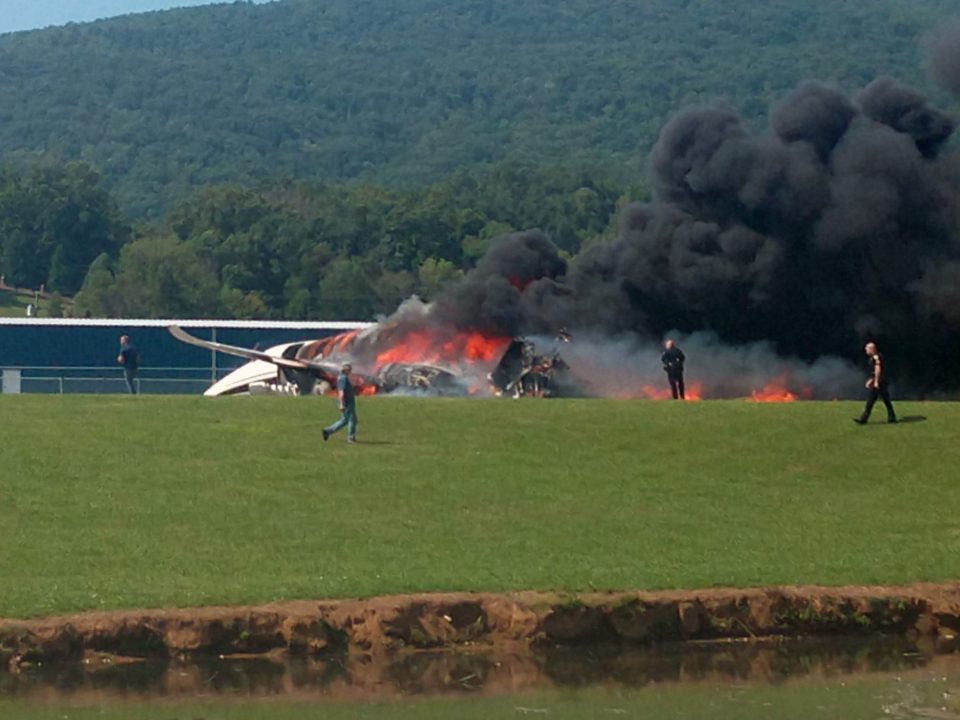 The NASCAR great Dale Earnhardt Junior, his wife and child along with the family dog have survived a horrific plane crash on Thursday in Tennessee, according to the police officials.

At around 3:40 pm on Thursday, Earnhardt’s private plane ran off the end of the runway at Elizabethton Municipal Airport in Carter County and became submerged in flames, according to the officials.

The NASCAR legend’s aircraft landed just metres away from a local highway. Photos and video of the plane crash have been captured by local media outlets, which shows most of the fuselage on fire.

The Carter County Sheriff’s Office told media that the emergency crew have managed to get Earnhardt, his wife and daughter, along with their dog, out of the plane and transported them to a hospital. They were all expected to be OK, said the official.