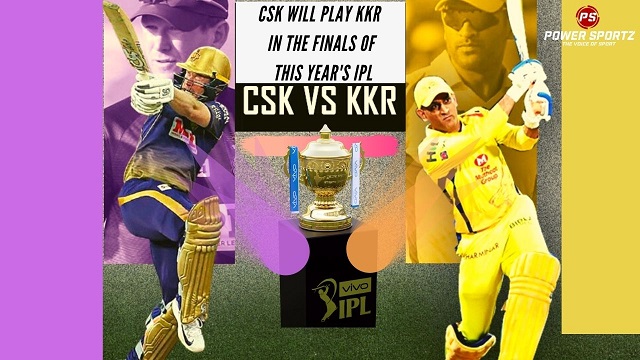 CSK will play against KKR to compete for this years IPL title; The match will be played at the Dubai international stadium on the 15th of October at 7:30 pm IST. Both the teams enter the finals in great form after winning their last game against difficult oppositions of Delhi Capitals.

MS Dhoni’s team enters the final after defeating Delhi Capitals in the first playoff by 3 wickets; Both Rituraj Gaikwad and Robin Uthappa were phenomenal in the match and provided 133 runs for their side. CSK will need the Indian pair to replicate such a performance against KKR in order to win the title. Moreover, Chennai will need to work on taking early wickets of Venkatesh Iyer and Shubman Gill and apply presume on Kolkata’s middle order who have been struggling to provide runs on a consistent basis.

Morgan’s spinners Sunil Narine and Varun Chakarvathy will need put pressure on Chennai and restrict them to establish any partnerships. Furthermore, Kolkata’s seamers will need to prevent conceding runs in crucial overs of the game; More experienced players such as Shakib Al Hasan and Lockie Ferguson will need to guide Shivam Mavi to prevent this from happening in the finals.

CSK have a poor track-record in the finals

Even though Chennai Super Kings have qualified for the IPL finals on eight occasions they have been able to win the title on three occasions. MS Dhoni’s team will want to change this record and take the title back to Chennai. On the other hand Kolkata have a 100% winning record in IPL finals; They will be confident to extend this record this season and win a title after seven years. This match is expected to be a high scoring encounter and will go down to the wire.

Who do you think will win this seasons IPL title?