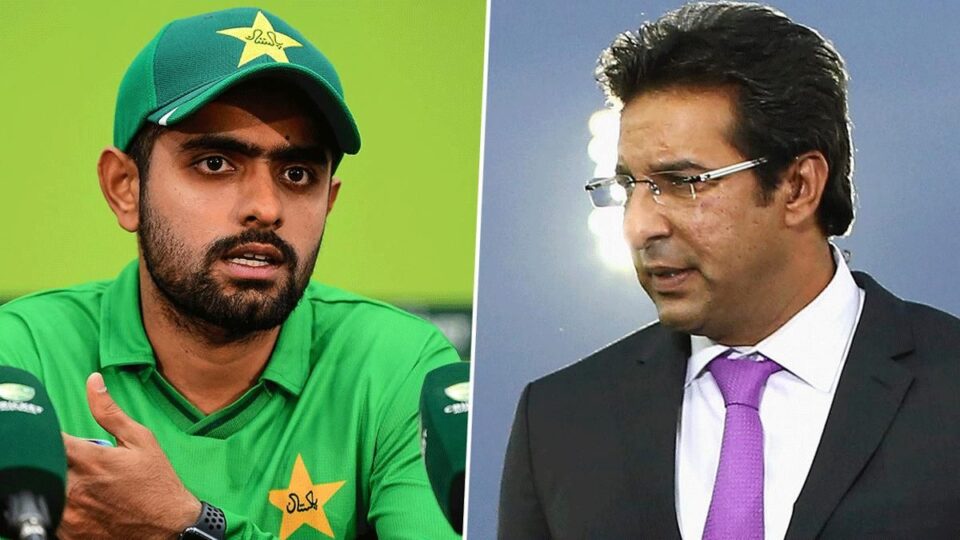 Wasim Akram, a former Pakistan speedster, believed Babar brought Nawaz in “too late” for the latter’s final over. He believed that by the 13th or 14th over, the captain should have finished the spinner’s four-over requirement.

In a thrilling final over on Sunday at the Dubai International Stadium, India overcame Pakistan by five wickets. In a game for the 2022 Asia Cup between the two bitter rivals, all-rounder Hardik Pandya displayed steely grit to pull off the robbery for the Indian team as they chased down a 148-run mark.

By the 19th over, the Pakistani fast bowlers had completed their allotted overs, and spinner Mohammad Nawaz was given the assignment to deliver the final 6 balls with only 7 runs to defend.

It is important to note that by the 12th over of the innings, Nawaz had completed his third over; nonetheless, Babar’s poor bowler rotation led to Nawaz being sent in to bowl the last over while Hardik and Ravindra Jadeja were already seated at the crease.

Wasim Akram comments on the skipper of Pakistan Babar Azam

“I think Babar made one mistake. He should have had Nawaz bowl the 13th or 14th over. It was too late. You can’t have a spinner in T20 format (bowling) in the last 3 to 4 overs, especially against the likes of (Ravindra) Jadeja and (Hardik) Pandya,”

Akram said on Star Sports after the match.

With 4 for 26 and 3 for 25, respectively, Bhuvneshwar Kumar and Hardik helped India bundle out Pakistan for 147. In the second innings of the game,

KL Rahul received the golden duck against Naseem, the newcomer for Pakistan in the match, after the latter inside-edged the first delivery onto his stumps. If not for the opportunity that was lost in the slips, he could have also had Virat Kohli one ball later. Despite a ferocious start from the Pakistan pacers, the former India skipper swiftly turned things around with some strong pulls and a fortunate top-edge for six that went over the keeper’s head.

The fact that Rohit Sharma struggled to get going at the other end made Kohli’s 34-ball 35 all the more significant. India finished just a little below Pakistan’s powerplay score, at 38/1. Thereafter the spinners played a good part to control the scoring rate. After Kohli and Rohit’s departure the Men in Blues found themselves in trouble. While Suryakumar Yadav was finding it difficult to get going and eventually ended up losing his wicket too. At the end the responsibility was passed on to Hardik, the man in form of his life and Jadeja.

The Pakistani bowlers put up a good fight, but Hardik stole the show with an unbeaten 33 off 17 balls to lead India to victory.