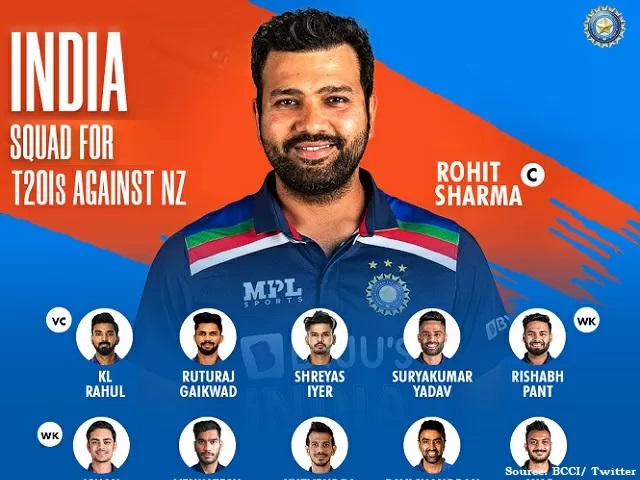 India has been knocked out of the T20 world cup; They finished one position behind a semifinals qualifying position. Losses to both Pakistan and New Zealand put them in this position; Pakistan play their semifinal match on the 11th of November against Australia. New Zealand won their semifinal match and have entered the finals of the cup. The next time India plays T20 cricket is on the 17th of November; They will be playing against New Zealand in a three-match T20 series. Following, the T20 series they will be playing in a two-match test series.

Virat Kohli has stepped down as India’s T20 side; he has been replaced by Rohit Sharma who was the vice-captain of the side under Kohli’s captaincy. The BBCI has decided to rest the experienced trio of Kohli, Jadeja, and Bumrah for the upcoming series.

Even though, India has an inexperienced squad and missing many prominent players such as Jadeja, Kohli, and Bumrah; will they be able to beat New Zealand’s in-form team? Or will they be more misery for the 2007 world cup champions?