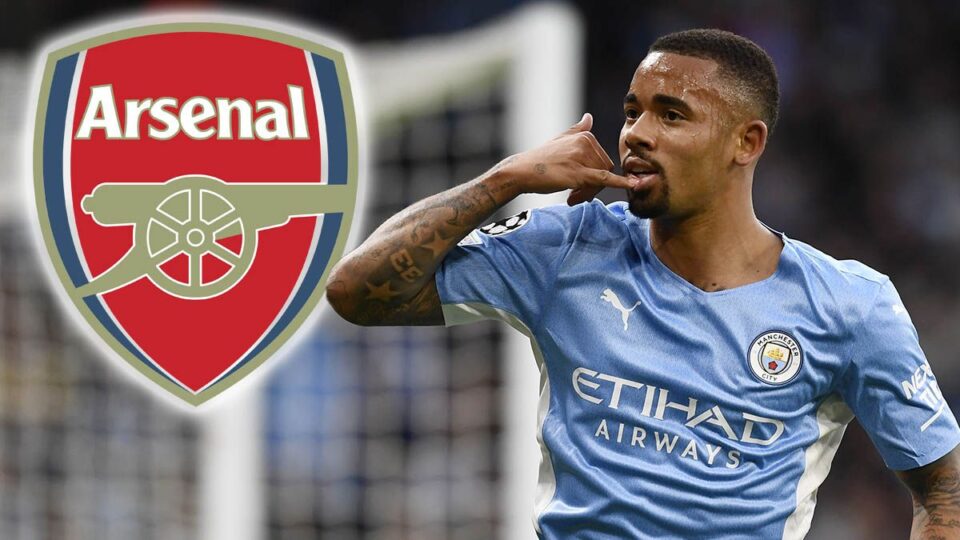 The former of whom Arsenal failed to replace in January, has been the Brazil international. After having a successful finish to the 2021–22 season, Eddie Nketiah has agreed to a new five-year contract. But Arsenal had always been expected to buy a star player in the final third this summer.

Jesus’s contract at the Etihad only has a year left on it, but Man City has been negotiating hard for his services. Moreover, the club is reportedly demanding a £50 million transfer fee for the Brazilian.

Speaking to the Football Terrace, though, Jacobs asserts that the two teams have a verbal agreement in place. Thus, Jesus might be on his way to join Arsenal before the end of the month.

Although it has been predicted that Tottenham Hotspur will compete with Arsenal for Jesus’ contract.

Gabriel Jesus on his way to Arsenal: Jacobs explains the transfer saga

“With Jesus, Arsenal remain the frontrunners and I think that signing is very likely,”

“Jesus, as I understand it from sources close to the player, is very much sold under the Arteta and Arsenal strategy, and by strategy I mean they’ve sold that move to him based upon a focal point in the team and that is in stark contrast to Manchester City, where he was rotated and his game time was limited.”

“So that’s the selling point that Arsenal will give him regular game time. He’ll be the first name on the team sheet and the terms will probably see him earn around £220,000 a week.”

“But the talks are advanced and I believe verbally that Arsenal and Manchester City have now agreed upon a fee. City originally priced Jesus at £55m, Arsenal tried to make a comparison with Sadio Mane and pitched an offer informally of closer to £35m and Manchester City were having none of that and they’re highly likely, as reported weeks ago, to compromise somewhere in the middle.”

“Manchester City essentially want £45m as a base fee, maybe a little bit extra if you count the add-ons that are likely to be guaranteed.”

“I think that deal of Jesus to Arsenal is now highly, highly likely and will probably be completed over the next seven to ten days.”

The 25-year-old would find it difficult to secure regular starts in front of players like Harry Kane and Dejan Kulusevski. Jesus has scored 95 goals and contributed 46 assists in 236 games for the club. Including 13 goals and 12 assists from 41 appearances, last season appears likely to leave Man City.

The former Palmeiras starlet has four Premier League crowns, one FA Cup, and four EFL Cups to his name while playing for Pep Guardiola.

He might join Marquinhos and Fabio Vieira as Arsenal’s third confirmed summer signings.