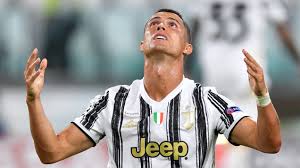 Juventus sink Novara 5-0 in the first friendly of the 2020-21 season as Cristiano Ronaldo scored the first goal of the Pirlo era. Ramsey, Pjaca and two from Portanova completed the formality and sealed the victory.

Andrea Pìrlo’s Juventus got off to a brilliant start. The ‘Bianconeri’ scored five goals against a team that are in Serie C.

“But it is always good to start with results like that and for your main man up front to score.”

Cristiano Ronaldo, scored the first goal of the new era.

Pirlo called off his main man during the break and made a slew of changes. And in the second period, they put Novara to the sword.

Ramsey catapulted Juventus 2-0 up after 57 minutes, Pjaca added a third nine minutes later between Portanova got two goals in the 90th and 92nd minutes to finish things off in grand style.

Now, Pirlo wants to rest Ronaldo. ‘We’ll try to give him a rest’, said Pirlo about the Juventus superstar Ronaldo who will spend time out of the team.

When enquired about the superstar footballer, how Pirlo is going to use him, he said that Ronaldo famously does not like to be on the bench – this season, Pirlo revealed the 35-year-old would be rested at select points during the campaign.

“We are thinking about [how to use Ronaldo] and talked it over,” Pirlo said to the media. “He’s not tired yet, as we just started, but when we come up to less important games, we’ll try to give him a rest.