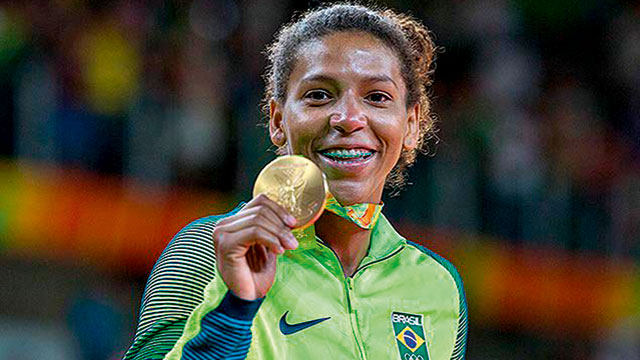 Rafaela Silva won the first gold medal for Brazil at the 2016 Rio Olympics in Judo. The celebrated Judo champion has now failed a dope test during the Pan American Games where she had won in the 57-kg category.

However, she refutes the charges of any wrongdoing. Rafaela Silva tested positive of fenoterol, a drug administered to treat asthma. “I am clean and I will continue to train and fight to prove my innocence,” she told the media. “I tested positive for fenoterol … but I did not use this substance, I am not asthmatic.”

Fenoterol is a banned substance by the World Anti-Doping Agency. She tested positive on August 9 during the Pan American Games. However, the second test conducted on August 29 did not yield any trace of the substance. She said that she may have been exposed to the substance by a friend’s baby.

Rafaela Silva, who won a bronze at the Judo Worlds would look to defend her Olympic title in the Olympics next year. Sports doping is a menace everywhere in the world, including India. WADA is the international watchdog of doping irregularities, whereas India’s anti-doping body is called NADA.