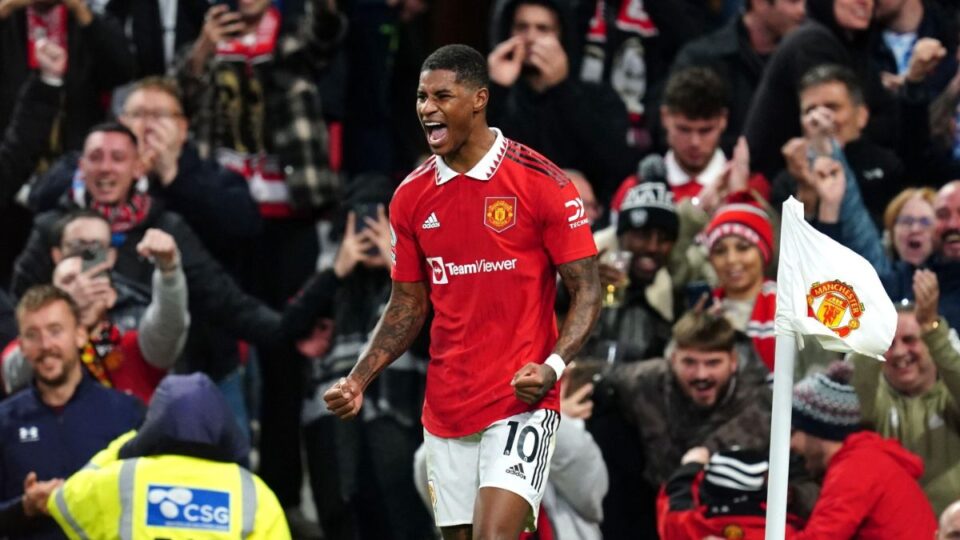 On Sunday afternoon, Marcus Rashford scored Manchester United‘s 100th goal as the Red Devils defeated West Ham United 1-0 in the Premier League. West Ham threatened to get an equaliser in the second half of the game at Old Trafford, but the England international’s thunderous header in the 38th minute was enough to win.

Erik ten Hag’s team overtook Chelsea to go into fifth place as a result, while West Ham dropped to 13th place, suffering their seventh league loss of the year.

When Diogo Dalot produced a superb low cross into a dangerous area in the fourth minute, Man United had an opportunity, but Rashford pulled the ball away from Cristiano Ronaldo when the Portuguese forward was better positioned to make touch.

After a deft run, Anthony Elanga found himself in a good position, but the forward miscued his shot and the Red Devils were able to get behind the Hammers.

In the 14th minute, Ronaldo sent a long-range attempt at Lukasz Fabianski’s gloves before Rashford had a shot deflected narrowly over the crossbar after cutting into the West Ham box.

Rashford then connected with a cross from Dalot, and Fabianski had to display quick hands to keep the ball in play as Man United continued to look dangerous. Thilo Kehrer’s deft work forced David de Gea to make a quick save to deny Jarrod Bowen in the 26th minute, but immediately after, the offside flag was raised. Rashford outran Kehrer to meet Eriksen’s cross in the 38th minute, and his header sailed past Fabianski and into the back of the net to give Man United the lead.

Moments after Gianluca Scamacca avoided receiving a second yellow card for a high foot on Lisandro Martinez, Rashford continued to look dangerous and sent one fizzing wide of the West Ham post early in the second half.

Just after the hour mark, Luke Shaw delivered a beautiful cross that found Ronaldo’s head, but the Portuguese player’s effort was always too high. A few minutes later, after Marcus Rashford had played a deft pass behind the West Ham defence, the 37-year-old fired wide of the goal.

Ronaldo was starting to play a bigger role in the game and had a shot deflected over the crossbar in the 63rd minute before West Ham’s Craig Dawson tipped one in with 20 minutes remaining.

Then, in the 78th minute, Martinez did superbly to head clear ahead of Dawson at the far post after De Gea had done well to stop a shot from Said Benrahma moments earlier.

After stopping a hard shot from Michail Antonio in the 82nd minute, Man United’s De Gea then had to fly across his goal to stop a header from Kurt Zouma.

As the game approached its conclusion, West Ham applied a lot of pressure, but the home team remained resilient, with Dalot at right-back standing out as an especially powerful player.

The 20-time English champions managed to keep a clean sheet to secure their seventh league victory of the season and extend their undefeated streak to eight games overall despite Fred’s header in the 86th minute hitting the post.

In the dying seconds, Bowen came close to tying the score, but the forward’s shot was stopped before it could reach the net, and De Gea then blocked a long-range attempt by Rice.

Man United will then travel to Real Sociedad in the Europa League on Thursday before returning to Premier League action the following Sunday on the road at Aston Villa.

In contrast, West Ham will play FCSB in the Europa Conference League on Thursday before hosting Crystal Palace in the league.