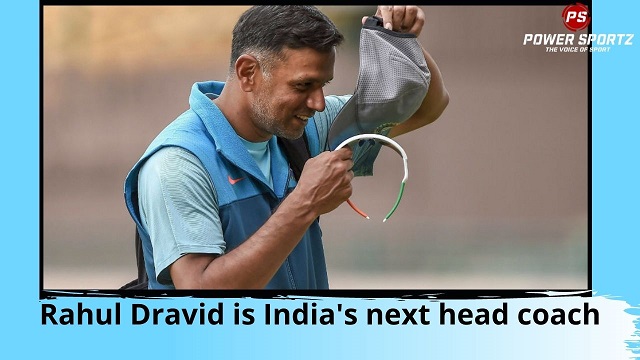 Rahul Dravid is going to be India’s senior cricket teams next head coach. The 48 year old will commence the duties after the T-20 World Cup which will be played in UAE. Along with Dravid BCCI have appointed Paras Mhambrey as the bowling coach. Vikram Rathore will continue to be India’s batting coach under Dravid’s leadership.

Reports have suggested that Rahul Dravid will earn 10 crores in a contract which lasts for two years. Sourav Ganguly and Jay Shah feel that Dravid is the best man to take Indian cricket forward in the right direction and have been persuading him to take the role over the last few months. This is because he has been phenomenal at managing India’s under 19 team and the ‘India A’ side and helped established a pool full of budding superstars.

Moreover, in 2021 Dravid helped India beat Sri Lanka in the ODI series by winning two out of the three games they played. It will be interesting to see who he elects as the new captain of India T-20 team as Virat Kohli is resigning from this role after the 2021 T-20 World Cup.

King Kohli has decided to step down as India’s captain after the T- 20 World Cup in UAE; This is because both the BCCI and Kohli feel that it is the right time to appoint a younger captain to stabilize the future of Indian cricket. However, as of now India haven’t stated who they have in mind as the next captain; Many believe that Rishab Pant might get the role if he is able to be consistent with his performances.

Do you think India will be able to win the T-20 World Cup in UAE and bring the cup back to India after 14 years?