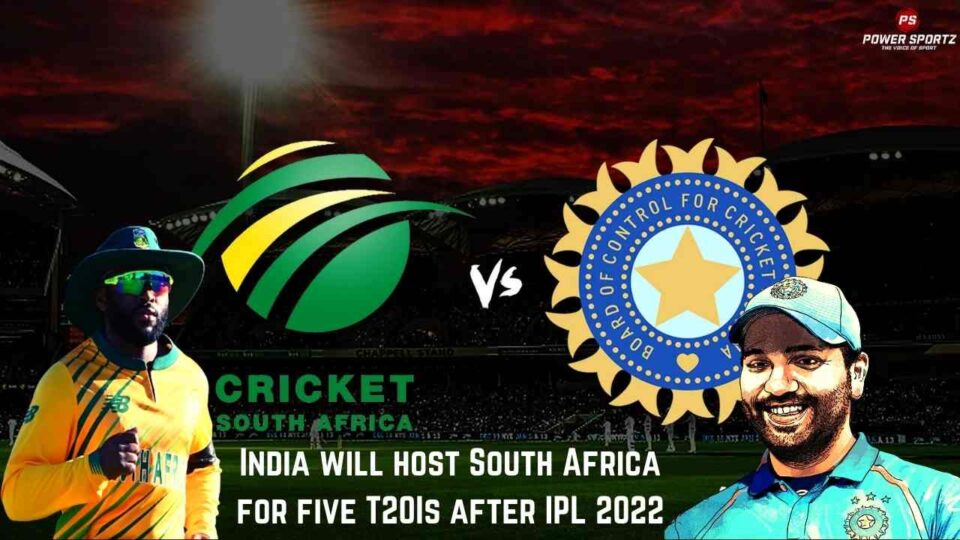 The T20 World Cup is all set to take place later this year as teams start preparing for performing on the greatest stage. Thus, the Board of Control for Cricket in India (BCCI) has announced a 5-match T20 series between India and South Africa.

The Indian Premier League (IPL) will not be the last Twenty20 cricket in the country, as the Indian team will face South Africa shortly after. In June, Rohit Sharma and his teammates will compete in a five-match series around the country. The series will last ten days before the Indian squad departs for an unfinished Test and six white-ball matches in England.

“This is part of the FTP and there were always to be played after the IPL,”

Meanwhile, the 15th edition IPL is all set to commence from the 26th of March and will come to its closer on the 29th of May. As soon as the tournament ends, just 10 days later India will host Africa for the T20 series.

On Wednesday (March 2). The BCCI’s Apex Council decided on the itinerary for the South Africa series. The fixtures are going to start on 9th of June and will last until the 19th of June. Meanwhile, the venues are believed to be Cuttack, Vizag, Delhi, Rajkot and Chennai.

Cuttack and Vizag have been given the games in the series instead of Bengaluru and Nagpur, probably because the two centres missed out on the Twenty20 fixtures during the previous West Indies series. The BCCI played the six matches against the West Indies in only two cities: Ahmedabad and Kolkata, in order to reduce travel time.

The Apex Council has also taken into account the meteorological conditions in the country at that time, and information received by the board managers (placed before the meeting) indicates that the first game in Cuttack may see some light rain (as is the seasonal norm in that part of the world at that time of the year).

There is a lower possibility of rain for the second game in Vizag, but pleasant weather is forecast in the other three cities – Delhi, Rajkot, and Chennai – during those games.