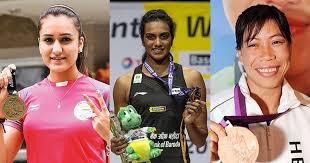 All the nine athletes the government named for Padma awards are women. In a first, the government has proposed the name of a female athlete for the coveted Padma Vibhushan award naming pugilist MC Mary Kom. Padma Vibhushan is the second most prestigious civilian award after Bharat Ratna. Mary had already won the Padma Bhushan (2013) and Padma Shri (2006).

This year, reigning BWF champions PV Sindhu’s name has been recommended for the Padma Bhushan award by the government. Sindhu had already won the Padma Shri in 2015.

Other names nominated for Padma Shri include: