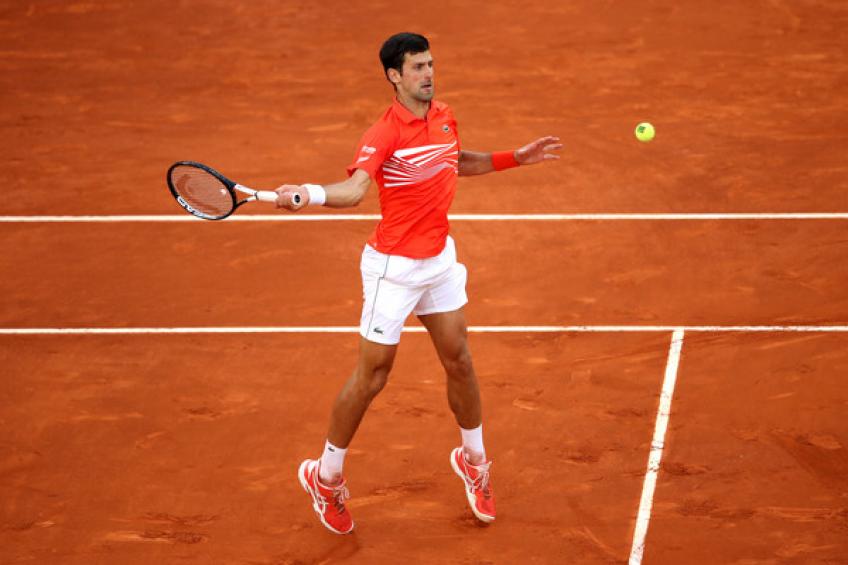 Just after three weeks of winning his second career Golden Masters at the Western & Southern Open, Novak Djokovic proved once again why he is the world number by clinching the men’s singles title at the Italian Open. Djokovic beat Diego Schwartzman of Argentina in straight sets to lift the crown.

His 7-5, 6-3 victory over Schwartzman also marks a record-breaking 36th Masters 1000 crown, one more than Rafael Nadal.

“It was a great week, a very challenging week. I don’t think I played my best tennis throughout the entire week, but I think I found my best tennis when I needed it the most in the decisive moments today, yesterday (and in) practically every match,” the ATP Tour website quoted Djokovic as saying.

Had he won the match against Djokovic, Schwartzman would have joined Andy Murray (2016), Alexander Zverev (2017) as only the third player outside of the two—Djokovic and Rafael Nadal, who continued to win the title in Rome since 2005.

Djokovic, who was ousted earlier in the US Open a few weeks earlier, felt very relieved to have won the title in Rome. “That makes me very satisfied and proud that I managed to find that fifth gear when it was most needed. Turning to Paris, I couldn’t ask for a better tournament here in Rome. Another big title and (I am) super pleased with it,” said Djokovic.

Djokovic has won 31 of his 32 matches this year making it one of the most successful years in his career, despite contracting COVID-19 a few months back.

He has won four titles from five events in 2020, following title runs at the Australian Open, the Dubai Duty-Free Tennis Championships, and the Western & Southern Open.