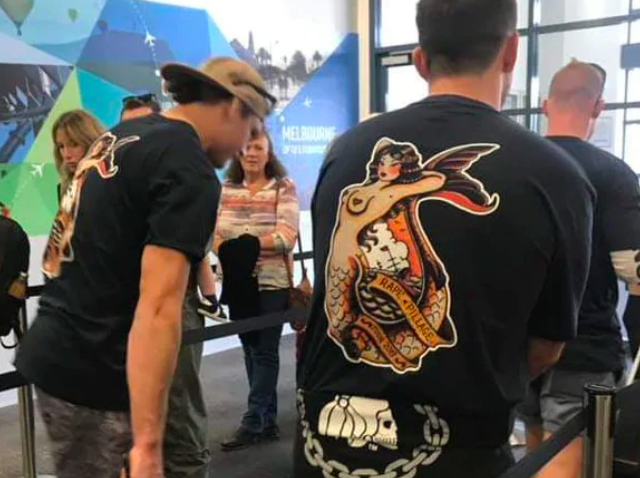 A NSW rugby league club has been ordered to destroy its end of season footy trip shirts because of an offensive phrase on the top that sparked outrage.

NSW Mid-North Coast Group 3 rugby league club Old Bar Beach Pirates, has allegedly confirmed that its players will face disciplinary action when they will return from their end-of-season holiday following an outcry on social media that forced the league to take action immediately.

At Newcastle Airport, a group of around 20 men were pictured sporting the offensive shirts that had a naked cartoon mermaid along with the phrase “‘Rape and pillage Tour”.

NSW Country Rugby League officials however, took prompt action on Friday and confirmed that the players will face disciplinary actions following an investigation.