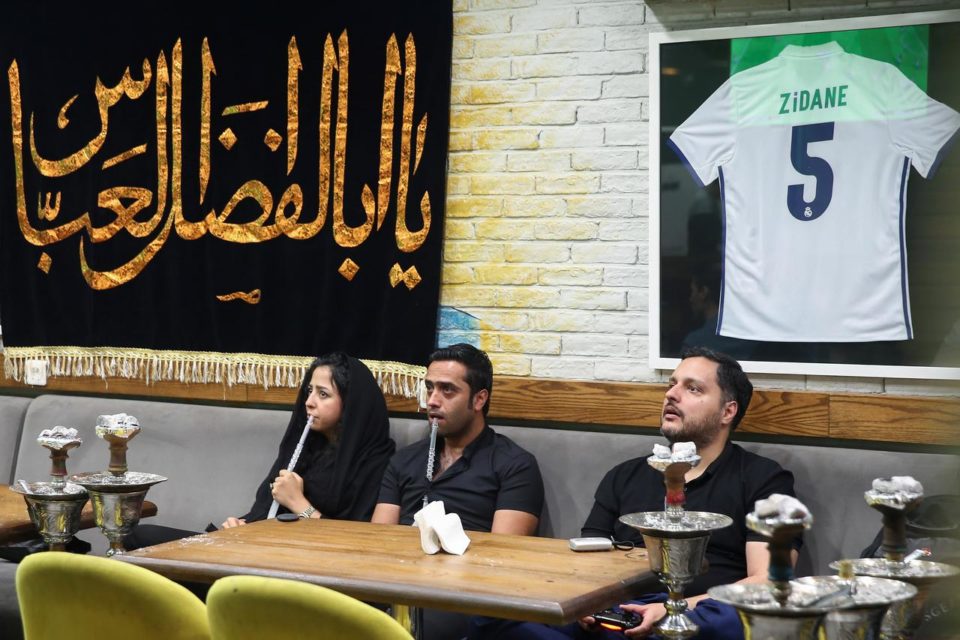 Iranian female soccer fans cram malls and cafes in Tehran. Female fans in Iran have long been campaigning to be allowed to watch men’s soccer. However, occasionally a limited number of women are allowed into the stadium.

Since the 1979 Islamic Revolution, Iranian females have been banned from men’s soccer matches at football stadiums in the country. But that too couldn’t lessen their determination to enjoy the game.

Also, Iran is under pressure from soccer’s governing body FIFA on Iran to change its stance after a female fan set herself on fire in protest at her arrest for attending a match has allegedly drawn international attention to women’s exclusion.

While watching a match in a busy cafe, an Iranian female fan said “watching like this is more exciting.”

However, another female fan in a statement said, “All the people love it. They love soccer a lot. For me personally, although I may not know much about soccer, I am so excited by the games.”