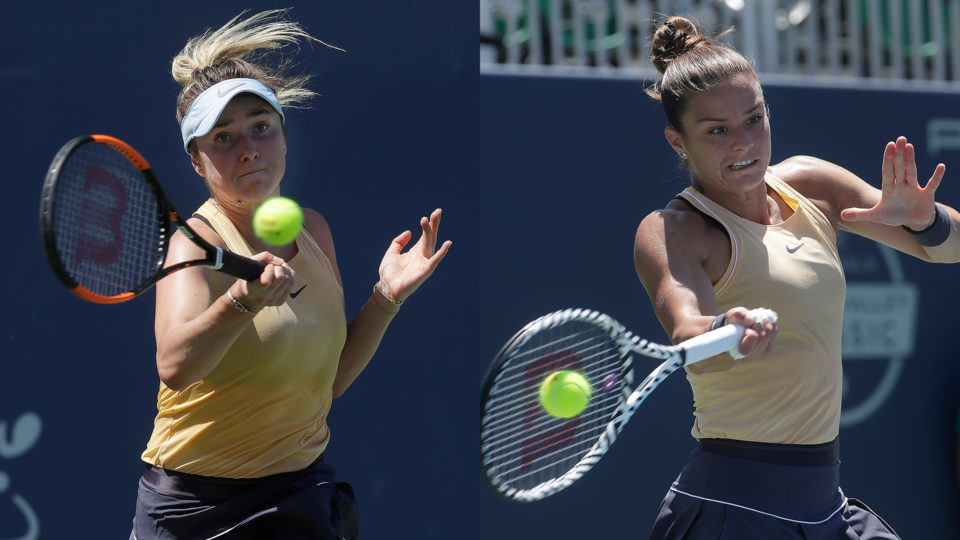 Seeded seventh, Maria Sakkari made an amazing comeback by beating top seed Elina Svitolina in the quarters in San Jose. Sakkari saved four match points to beat her opponent in three sets. Svitolina was left stunned as Sakkari snatched victory from the jaws of defeat. The final score was 1-6 7-6 (7-3) 6-3 at the WTA Premier event.

The 24-year-old Greek player will play Zheng Saisai in the semis. Sakkari’s strengths lie in her massive forehand jumps high off the court which is beyond her opponent’s attacking zone.  Svitolina is also brilliant in her defends and has incredible control in the middle of the court with her groundstrokes. This is Sakkari’s second consecutive semi-final at San Jose.