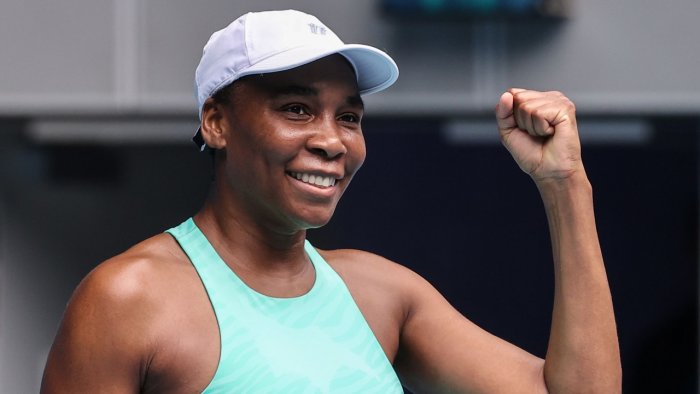 Top Tennis stars Serena, Venus and Osaka sailed into the next round at the Australian Open, a tournament that already saw a lot of drama regarding stringent quarantine protocols imposed by the organizers.

Serena Williams, in quest for a record-tying 24th Grand Slam title, started on a winning note at the first Grand Slam of the year. She registered an emphatic 6-1, 6-1 win over Laura Siegemund of Germany, to notch her opening-round win on Monday.

With the triumph, the seven-time Australian Open champion bettered her fluent record in first-round matches at Grand Slam events to an astounding 76-1.

For Serena it is her milestone 20th Australian Open, and her 56-minute win over Siegemund was her 100th career match at the event.

“This was a good start. Definitely vintage ‘Rena,” the 39-year-old said after the match. “It’s definitely good. I think I’m pretty good at pacing myself in a Grand Slam.

“Last year was very crazy for the world, and to be able to do what I love and to be able to come out and compete and play at a Grand Slam, after the last 12 months, it makes me appreciate the moment even more,” she added.

She will now square off with Nina Stojanovic of Serbia on Wednesday.

Her sister Venus also clinched a straight-set win in her opening round contest, drubbing Kirsten Flipkens of Belgium 7-5, 6-2, at the Margaret Court Arena.

On the other hand, three-time Grand Slam champion Naomi Osaka trounced Anastasia Pavlyuchenkova of Russia 6-1, 6-2 in her opening round match that lasted 68 minutes at the Rod Laver Arena.

“I feel like for me the most recent memory I have of playing her was in the Osaka final (to win the title in 2019), so it’s always really hard to play someone that good in the first round,” Osaka said after the match.