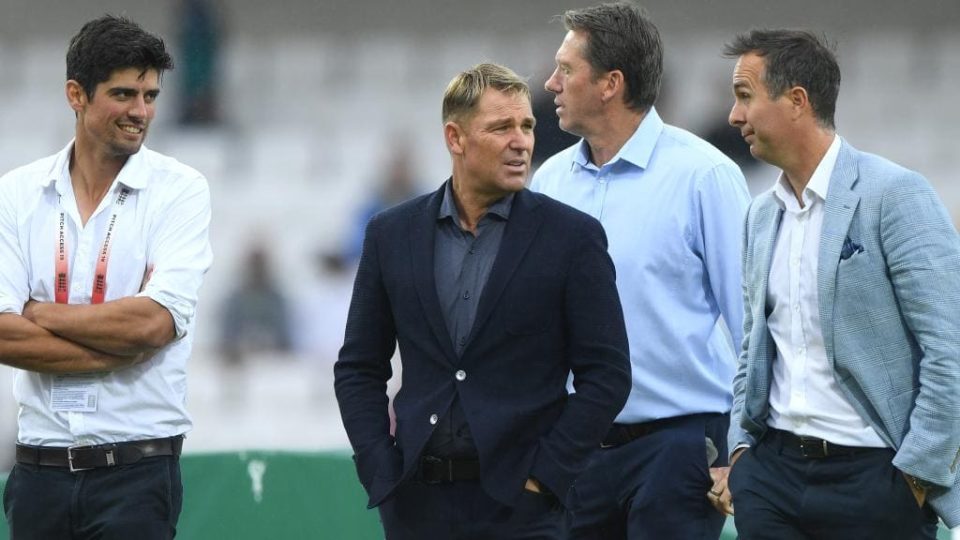 Cricket legend Shane Warne has become ensnared in a war of words after he slams former England star Matt Prior for his classless sledging.

Warne took to his Twitter and wrote, Excuse me? Just because Lyon knocked you over for fun, there’s still no need for that kind of silly and immature behaviour. Grow up, and enough of those stupid comments. Let’s celebrate the wonderful game of test cricket & the Ashes please!

Matt, on the other hand responded; “Not worried about him knocking me over mate and agree it was a fantastic game of cricket but comments made were always going to bite back as we all know…”

Warne also took aim at Chris Adams – the former England cricketer, while replying to a tweet from Matt agreeing Aussies are happy to dish out trash talk but can’t take it. And wrote; “Chris, you were nothing but a club cricketer! So don’t even bore us with your dribble as no one is interested or cares in what you have to say! Pipe down….. “