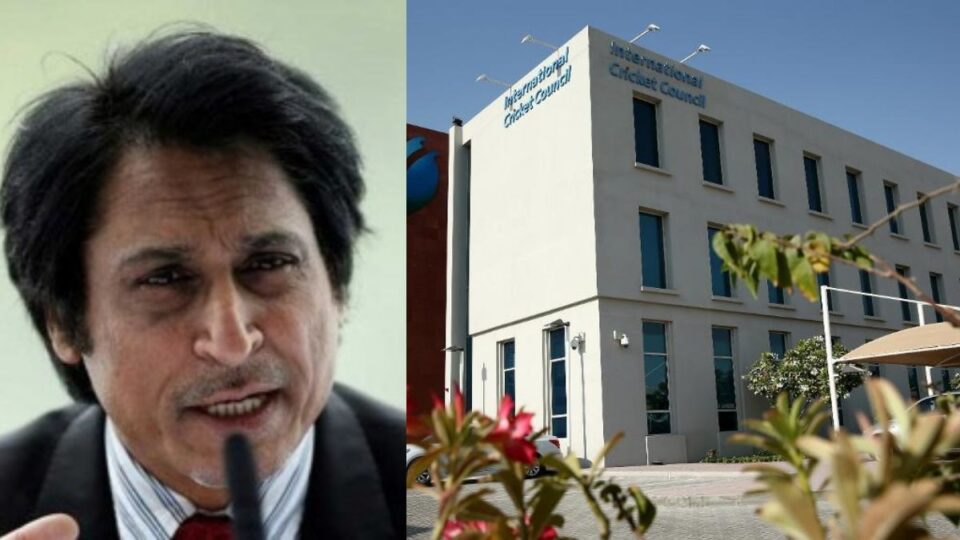 Ramiz Raja’s proposal for a four-nation tournament has been graciously rejected by the International Cricket Council (ICC), in the meet citing ‘a lack of space.’

The Ex- Pakistani Cricketer had pitched a case demanding more India-Pakistan matches. The 59-year-old believes that

The four nations involved in the case were India, Pakistan, Australia and England. The ICC members thought the notion is good but not practicable at the Board meeting in Dubai on Sunday (April 10). The argument offered to the chairman of the Pakistan Cricket Board was that the ICC’s Future Tours Programme (FTP) is full and there is no room for a new competition.

After attending the meet, an ICC member said

“There were a lot of deliberations on the issue at the Board meeting around it. There was also a formal acknowledgement to Ramiz that from a cricketing perspective it’s a great idea but practically it doesn’t work in view of the tight schedule and packed ICC events,”

It was also mentioned that those members who were not involved in Ramiz’s proposal were not amused. As is well known, a quadrangular competition including India, Pakistan, Australia, and England was proposed by a PCB executive.

“Those countries who were not included were not happy with the concept,”

Further, Ramiz Raja also went on to Twitter to express his feelings regarding the meeting. Raja said

“Great discussion regarding 4 Nations series today at the ICC meet. As a concept it was welcomed and debated upon and seen as promoting the interest of the game. Fingers crossed. More when I am back at the office tomorrow (Sic),”

Other important points discussed in the ICC meet

There were several other discussions also being held at the meet such as A formal program on Women’s Test, which was also left to the individual members and said that it was “not possible at this stage”.

Even the duration of the women’s tests will be decided by the participating countries. Meanwhile, Key stakeholders, such as the broadcasters, do not support women’s Tests because they prefer shorter games.

Moreover, ICC has supported the Afghanistan Cricket Board (ACB), saying that the administration led by Mirwais Ashraf may represent the country at the ICC. The decision was made in response to a working group’s recommendation that Ashraf be chosen as the ACB’s representative to the Board.

While ICC has obtained assurance from the ACB on their commitment to developing women’s cricket.

Among other things, ICC announced, that neutral umpires will be used for Test matches, but home umpires can be used for white ball games. The Cricket Committee now includes Jay Shah, the secretary of the Board of Control for Cricket in India (BCCI).

“In line with a previous recommendation from the ICC Men’s Cricket Committee, the CEC (Chief Executives Committee) agreed that more neutral match officials should be utilised as travel restrictions are lifted while building on the success of the use of home umpires,”

South Africa has also been named as the host of the inaugural U19 Women’s T20 World Cup 2023, which will take place in January next year and include 16 teams and 41 matches.