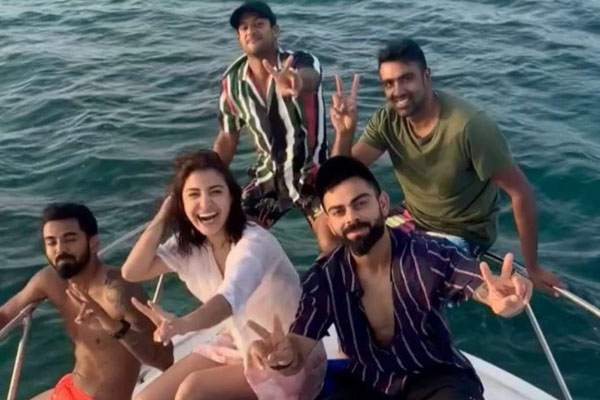 After an emphatic win over the West Indies in the first Test, Team India is basking under the sky enjoying their success. Kohli and team are out frolicking in the Atlantic ocean with the skipper’s wife Anushka Sharma accompanying them.

In another social media post by Kuldeep Yadav, the bowler is seen jetskiing with Ravindra Jadeja in the Caribbean.

India is the number 1 Test team in the world with captain Kohli and Bumrah as the number 1 batsman and bowler respectively. India thrashed the West Indies by a huge 318 runs in Antigua Test. The next Test begins on August 30 in Jamaica.