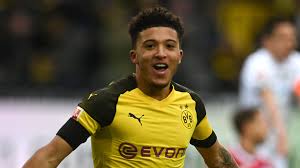 The 12-time FA Cup winners Manchester United will move for Jadon Sancho after the end of this season. Sancho joined Dortmund in 2017 and became a jewel in the crown of Favra in the 2018-19 season, where the English international scored an ample number of goals despite losing the title race to Bayern.

However this time around, the 19-year-old is looking in a different touch and helping Rues and other members to win matches quite easily. Indeed, Sancho can become one of the world’s best in just a few seasons. However, joining Manchester United can a big paradoxical situation as even Ole’s future is not that clear.

The Reds Devils didn’t start the 2019-20 season on a fine note, so becoming a stable side this season is too crucial for allowing Sancho joining the Red Devils rather than going to Liverpool or anywhere else. Sancho should not take a pillow to the ground until the end of this season and should aim to score 15 plus goals in the top-flight system and 20 plus in all competitions for making even Juventus and other big clubs think to get him. Ole’s stars should play at the highest level of allowing many stars joining them as mercenaries can never make a club look out of this world.