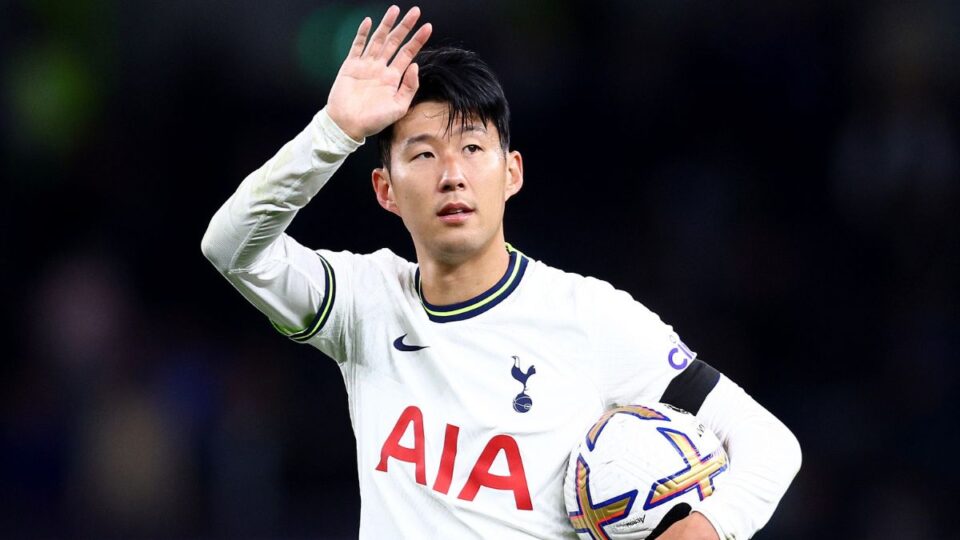 Son Heung-min, an attacker for Tottenham Hotspur, is apparently thinking about staying with the North London team. Since joining the Lilywhites from Bayer Leverkusen for a £27 million transfer fee in the summer of 2015, the 30-year-old has consistently contributed for the team ever since his arrival at the club.

Son has now appeared in 341 games for Tottenham in all competitions. He has scored 136 goals, assisted 76 more, and shared the Premier League Golden Boot last season with 23 goals.

The South Korean international is yet to take home a team trophy with Antonio Conte’s squad, but in July 2021, he made a commitment to the club that would last until 2025. Son, who has five goals and two assists in 16 appearances in all competitions in the 2022–23 season, has, however, largely struggled to display his greatest form in the current season.

Sport1 reports that the former Hamburg teenager is currently considering his future with the Premier League club, although he probably won’t decide on his next career move for a few more months.

The attacking midfielder, who will turn 31 in July, has not yet won a single club trophy in his career and his sole significant team victory was with South Korea at the 2019 Asian Games.

The article also states that Carlo Ancelotti, manager of Real Madrid, is a big fan of Son should he decide to leave Tottenham in the end.

Rodrygo, Vinicius Junior, and Federico Valverde are presently vying for the wide positions for the Champions League holders, while Ballon d’Or winner Karim Benzema is anticipated to extend his contract past 2023.

However, Son might be able to join Ancelotti’s attacking ranks if Marco Asensio, another soon-to-be free agent, leaves Los Blancos at the end of the season.

For the upcoming Champions League Group D match against Sporting Lisbon on Wednesday, Son will likely partner with Harry Kane to form a two-man strikeforce. A victory would progress Conte’s team to the knockout stages.

Although the South Korean captain has remained healthy this year, Conte’s offensive ranks have been thinned significantly during the break because Richarlison and Dejan Kulusevski’s ailments.

Kulusevski’s hamstring issue is proving more difficult to treat than initially anticipated, and he may not be able to play again before the World Cup starts.

Richarlison will be hoping that his calf injury cures in time for the tournament in Qatar, where Son’s South Korea will compete against Uruguay, Ghana, and Portugal.

Son was unable to save Tottenham from losing consecutive Premier League games to Manchester United and Newcastle United during the last week, but the Lilywhites still hold the third-place spot in the standings, two points ahead of both teams with one game remaining: Chelsea and the Magpies.