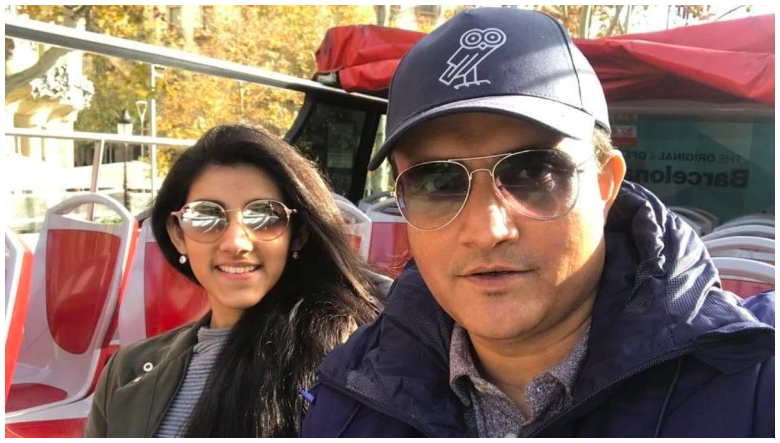 BCCI President Sourav Ganguly had allegedly posted a picture on Instagram from the presentation ceremony after the conclusion of the day-night Test between India and Bangladesh, in the picture he can be seen sporting a serious look, seeing that, his daughter Sana posted a comment saying: “What is it that you’re not liking.”

As soon as Ganguly shared the picture he and his daughter Sana engaged in some funny repartee on Instagram. Ganguly, quickly answered back: “that ur becoming so disobedient”.

However, after Ganguly’s response, Sana came back with a amusing reply, saying that she is only learning from him on how to be disobedient. She wrote on Ganguly’s post “Learning from you.”

The day-night Pink Ball Test that began on Friday, with the defeat of Bangladesh, it ended up as a three-day contest.