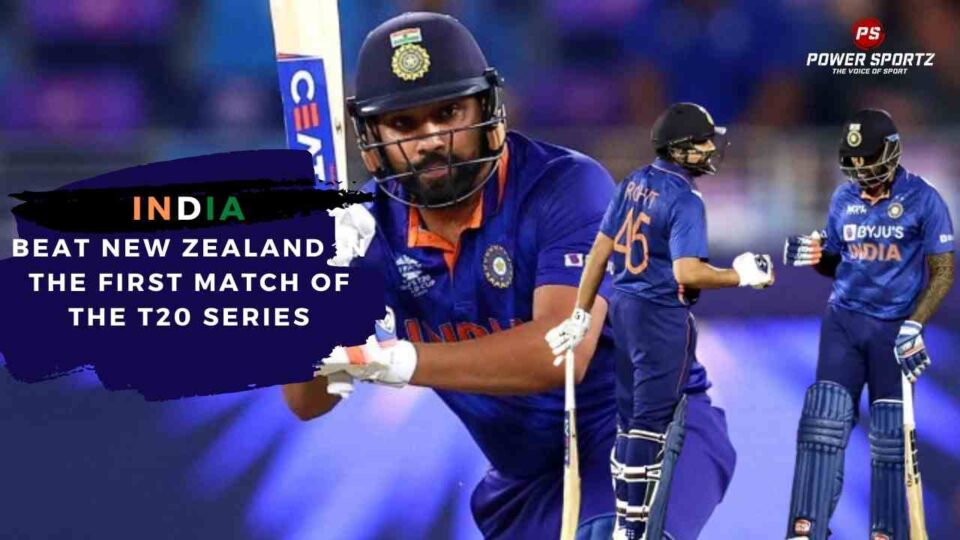 India is playing their first T20 series after having a disappointing run in the world cup; In the world cup, they failed to make it to the semifinals of the cup. They are currently hosting the T20 world cup finalist; New Zealand in a three-match T20 series. They played their first match of the series on the 17th of November.

Highlights of the first T20 match

India won the toss and elected to bowl first; Deepak Chahar had a great start; as he took Mitchell’s wicket on a duck in the first over of the game. New Zealand made a great comeback; Guptill added 70 runs and Chapman scored 63 runs for his side. However, later the other batsman weren’t able to add many runs to their side. The rest of the batsmen were only able to add 23 runs to their side; B. Kumar and R. Ashwin both took two wickets each for their side. Further, the duo of D. Chahar and M. Siraj took a wicket each for their side. New Zealand finished their innings with 164 runs on the board after losing six wickets.

The hosts were able to chase the target down; and won the match by 5 wickets with two balls to spare. The highest scorers for India were; Suryakumar Yadav with 62 runs, Rohit Sharma with 48 runs, and Rishab Pant with 17 runs. There were four wicket-takers for New Zealand who made the match an extremely close encounter; Boult scored two wickets, along with him the trio of Southee, Santner; and Mitchell who took one wicket each.

Who do you think will win the next match which will be played on the 19th of November?