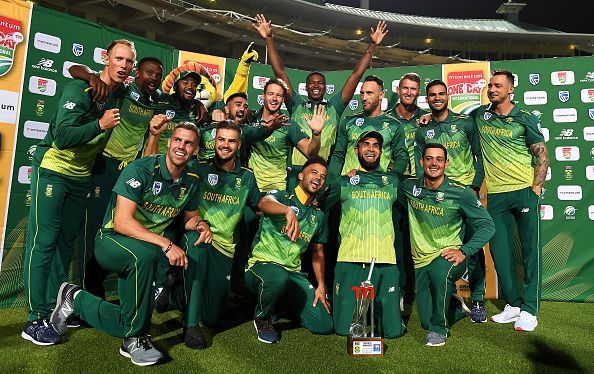 South Africa have announced a 17-man squad for the first two Tests against England. South Africa have included six uncapped players in their 17-man squad. For Buren Hendrix, Dan Patterson, Dwayne Pretorius, Peter Malan Rudy Second and Rossi van der Dussen, the series could get a chance to debut in international cricket.

A series of four Test, three One-Day and three T20 matches are to be played between South Africa and England. The first match starts at Centurion on 26 December and will be followed by two practice matches. The one-day series between England and South Africa will begin in Cape Town from 4 February.

The Proteas team suffered a major setback as Lungi Angidi before the series was announced against England. He has been ruled out of the Test series. Cricket South Africa (CSA) confirmed that Lungi Angidi has a hamstring injury and his grade-1 injury. He suffered this injury during practice before the Majansi Super League playoffs.