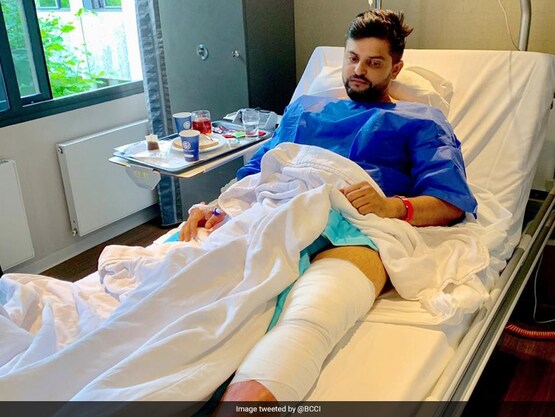 Due to the knee surgery, the world cup-winning India all-rounder Suresh Raina is likely to be excluded from competitive action in the initial part of India’s 2019-20 domestic season.

The 32 years old underwent knee surgery in Amsterdam on Friday and he needs at least four to six weeks to recover completely.

Raina, who had been suffering from a knee issue over the last few months had to undergo surgery in Amsterdam to subdue the issue.

The Board of Control for Cricket in India (BCCI) took to social media and posted a picture of Raina while in the hospital with a message, that reads, “Mr. Suresh Raina underwent a knee surgery where he had been facing discomfort for the last few months. The surgery has been successful and it will require him 4-6 week of rehab for recovery. We wish him a speedy recovery.”