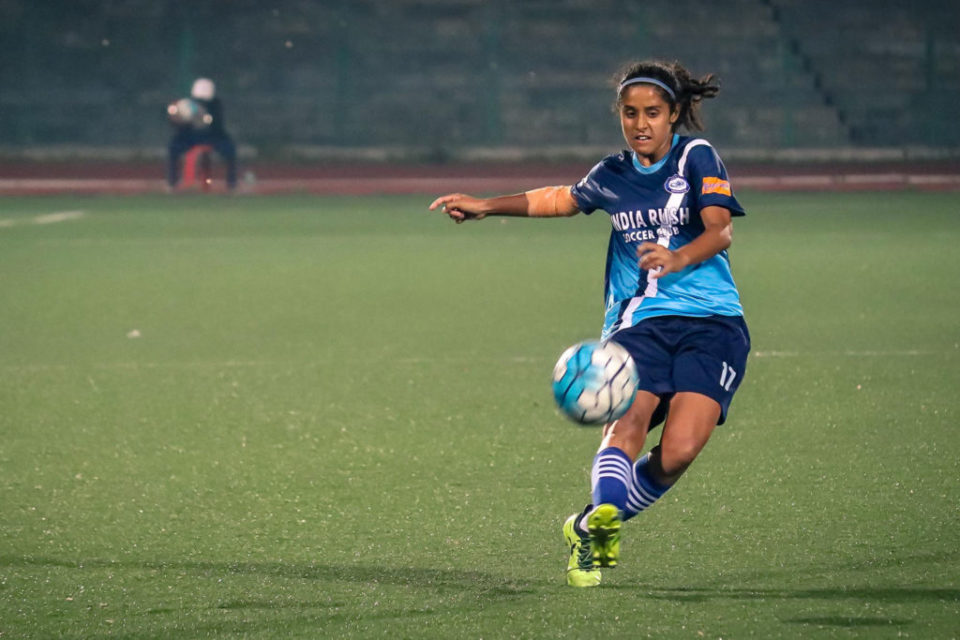 The day India lifted their SAFF Women’s C’Ships for the fifth time in a row in March this year, the first goal in the final against Nepal took the internet by storm. India’s Dalima Chhibber scored an incredible free-kick goal that swerved magically in the air to enter through the left corner of the goal post. The goal was the highlight of the summit clash that saw India beat Nepal 3-1. Dalima Chhibber became an internet sensation right after the goal. People started eulogizing the footballer on social media drawing an analogy with David Beckham. “Bend it like Dalima” was what that started to trend on social media.

However, Dalima Chhibber has now decided to move to Canada to pursue her Masters in sports while playing alongside for a Canadian club. It is rather strange as an accomplished footballer to abandon the national team and pursue dreams somewhere else. People are surprised at such a move by Chhibber to shun the national jersey despite being a sought-after player.

Dalima has long-term plans to grow and sustain as a footballer. Although Indian football is progressing and the women’s team has also come a long way, there is much more required, she said. “I can see a future as a footballer but I cannot see football sustaining me as a person,” Dalima is quoted as saying to the media. “I will not be here with the national team but I am exposing myself to more football,” she said. She is happy to go to a country known as a hub for women football.

However, Dalima hasn’t closed the doors on donning the blue jersey, as she still harbors a yearning to play for India. Dalima’s step shows that women’s football hasn’t arrived yet as a career to ensure a comfortable future for the players.